The mother of one Dunbar athlete who was pinched on the nipples repeatedly by then-principal Doug Williams says that, although the incidents happened three months ago, no one with the Fort Worth school district has ever told her what actually happened to her son.

Her son, a special education student with bipolar disorder, finally told her in early December what had happened. Only then, she said, did she understand why he had tried to commit suicide on Oct. 7, two days after the second pinching incident and after her son had been suspended because he got angry and reported the incident to campus security officers. (She asked not to be named in order to protect  her son’s identity.)

“If I had known what really happened to my son, I’d have screamed … so loud I’d have gone to jail,” she said. 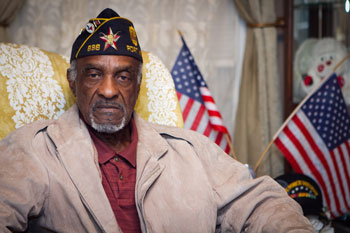 She said she has documented everything that occurred in her son’s case and plans to meet with Tarrant County prosecutors this week to ask for a criminal investigation. She also said she has filed a formal complaint with schools Superintendent Walter Dansby and trustee Christene Moss, who represents Dunbar on the school board, about the district’s failure to communicate with her or to offer counseling or other help to her son and for the district’s general handling of the investigation.

In October, seven male athletes reported to campus security that Williams had pinched them on the nipples over the last two years. Williams admitted the incidents but said he used the practice as discipline.

The district conducted a brief internal investigation and found the allegations not credible, despite Williams’ admissions. The principal was initially allowed to stay on campus. But after Fort Worth Weekly broke the story on Dec. 17, Dansby opened an outside investigation. On Jan. 2, he transferred Williams off campus to a job in central administration, explaining that the move might forestall a lawsuit.

That action further angered the student’s mother. “Would they rather face a lawsuit from [Williams] or from me?” she said.

The external investigation has been closed, Dansby said, but neither the student’s mom, the Weekly, nor schools trustees have been given a copy of the report. A third investigation, by state Child Protective Services, is continuing.

Trustee Ann Sutherland said the district should publish its findings and that the report “should be forwarded to the Texas Education Agency for review of Williams’ fitness to be around children.”

According to district policy, when the boys made their complaint, the district’s burden was clear: Any allegation of sexual abuse of a student requires the person who first hears of it to notify Child Protective Services within 48 hours. The district’s policy manual defines sexual abuse as including, among other things, “touching intimate body parts” and conduct “so severe … that it creates an intimidating, threatening, hostile, or abusive educational environment.” The policy requires the district to open an investigation and promptly notify the student’s parents.

Dansby said this week that he believes at least one other parent of the boys involved has said she was never notified.

The district seems to have followed only one of the protocols: It opened an investigation that was soon closed, after Michael Menchaca, head of the district’s Office of Professional Standards, found the allegations not credible.

CPS was not notified by Menchaca until Dec. 18, according to Dansby. CPS then opened an investigation, with findings to be provided to the district. However, there has been no response to requests for information about it.

“This was sexual abuse,” the mother said. “No one touches young boys on their nipples for any other reason. What if that had been my son pinching one of his teachers on his nipples? He’d have been arrested. This man should be fired and never allowed to work with children again.”

“This is terrible that this mother wasn’t notified,” said Ernest Mackey, a community activist and Dunbar supporter. “Whoever is … so lax in doing their job ought to be reassigned, maybe outside cleaning the grounds.” he said. Mackey, a close ally of Dansby, said he will ask for a full investigation into why all parents were not notified.

In October, the mother who spoke recently with the Weekly met with Williams about the suspension. She said Williams
told her only that, after her son failed to tuck in his shirttail, the principal had touched him on his back and tugged at the shirt.

The meeting was heated, she said, with her son getting so angry that she sent him to the car. She said her son told the principal he had no right to put his hands on him. She recalled Williams’ reply as being so strange that she wrote it down. He said, “Why not? None of the other boys seem to mind.”

Afterward, she said, “My son was so depressed about this man’s abuse … that he took an overdose of his meds and was in ICU for two days. My boy has learning problems; he is bullied a lot at school. He deals with depression. But now that I know what Williams did, I am convinced that this was the tipping point for [her son].”

She herself suffers from high blood pressure and a nerve disorder that forces her to use a wheelchair. She said her son didn’t tell her about the pinching incident earlier because he feared it would kill her.

Her son only volunteered the information in December, she said, after Dansby opened a new inquiry and investigators came to ask permission to speak to her son.

Even then, she said, she was not told what the investigation was about, only that it was an “incident at the high school.” Initially she refused. “I wasn’t about to let them interview him about something if they couldn’t tell me what it was,” she said. The investigator told her to call Menchaca or assistant superintendent Robert Ray to get the details.

She did. “Neither of those men returned my calls,” she said.

When her son finally explained what really happened, “I was stunned,” she said. He told her that Williams had “pinched both of his nipples on two separate occasions so hard that it left him hurting and humiliated.”

She contacted the Weekly after news reports stated that the district had
reassigned Williams instead of firing him due to a “lack of parental participation” in the investigation.

“How could we complain when we were never told what was happening to our sons? The way the district has handled it is just like the way the Catholic Church handled the pedophile priests and Penn State handled its coach who was abusing little boys,” she said. “They tried to sweep it under the rug, cover it up.

“They protected the principal and not the children,” she said. “And when my son challenged the principal, he was punished. What kind of message do you think that sent to the others? How many boys didn’t come forward out of fear of retaliation?

She is also upset that the district has not reached out to offer help or to reassure the students that reporting the incidents was the correct thing to do.

“This district has a moral obligation to these kids,” she said. “And so far they have failed them miserably.”

Mackey said the district needs to reach out to the whole school. “Most of the students there don’t know what happened,” he said. “They need to be told the facts and then offered counseling also.”

The mother said she plans to speak to the board on Feb. 14, with documentation in hand.

“I am not going away until I get justice for my son and the other boys,” she said.

Calls and e-mails to Menchaca were not returned. Moss was the only other trustee besides Sutherland to respond to requests for comments. Moss wrote in an e-mail: “Thank you for sending this information.”