Home Music Listen Up White Whale
SHARE
Facebook
Twitter
White Whale’s bio reads like a parody of the worst press releases. In a few hundred words, the band is compared to a seemingly random assortment of groups, from Badfinger to Black Sabbath to Big Star. The reader is then treated to a taste of an alternate universe where some poetaster like Gene Shalit writes music reviews for a living. The bio concludes with: “Beware ye Decemberists and those who would set the Arcade (a)Fire, the Okkervil River cannot contain the enormity of White Whale.” 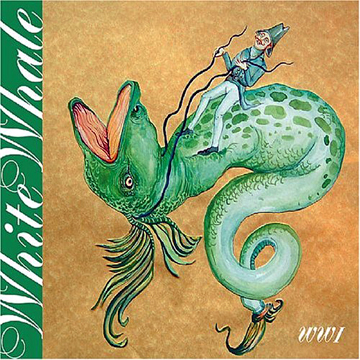 With a list of comparisons that seem to be drawn out of a hat, it’s hard to imagine what White Whale really sounds like. Horrible puns aside, the short answer is: not bad.

Unbelievably, White Whale makes good on its inventory of influences, sounding a little like every band mentioned (sans Black Sabbath) plus a few others, including Love, Roxy Music, Pink Floyd, and Belle and Sebastian. The downside of this broad range is that the album ends up unfocused, almost as if it were recorded on a bar bet. I bet you can’t make a record that sounds like the Decemberists and Pink Floyd.

Though White Whale may break through someday, WWI will not be the band’s golden ticket, nor does it deserve to be. The individual songs are never more than interesting, and the album as a whole, while multicolored, never rises above pastiche.

But WWII is worth a listen. English majors and Gene Shalit are welcome to compare White Whale’s quest for a unique identity to Captain Ahab’s hunt for Moby Dick; the rest of us are probably better off just listening to the damn thing. — Jeremy Martin