The order of the list has changed much, but the only one that has dropped off completely is In the Bedroom. I haven’t revisited Todd Field’s revenge drama since 2001, but I feel like I overrated it, even if it was the first of many films where I saw Tom Wilkinson and thought, “Wow, this guy’s good.” Where is A Beautiful Mind, the winner of this year’s Best Picture Oscar? It’s nowhere near this list.

1. The Others. Believe me, I’m as surprised as you are. Alejandro Amenábar’s ghost story is everything you’d want a horror flick at Number One to be: tight, innovative, visually distinctive, and (most importantly) scary as hell. There’s even a frightening scene staged in broad daylight, with Nicole Kidman’s heroine trapped in a room filled with furniture covered by sheets. Yet it’s Kidman’s performance as a mother whose two kids’ rare medical condition saps her strength and snaps her mind — her greatest to date — that makes this a uniquely shattering horror movie. 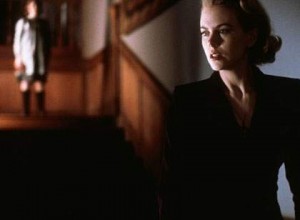 2. Mulholland Dr. Okay, I’ll admit: When I saw this 10 years ago, I thought it was gorgeous but nonsensical, and I relegated it to a distant corner of my honorable mentions. Was I ever wrong. David Lynch’s evocation of Hollywood and its rotting effect on the wide-eyed hopefuls who go there seeking fame is his best film ever. (Too bad he’s retreated inside a shell since then.) Naomi Watts has never been better, either, though she’s been very good on occasion, too. If Lynch lucked into her layered, angry, incredibly sexy performance, well, those are the breaks. 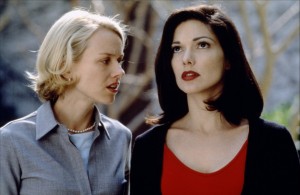 3. In the Mood for Love. Much like Sofia Coppola (who has cited him as an influence), Wong Kar-Wai isn’t to everyone’s taste. Not much at all happens in this 1960s period piece, and Wong’s elliptical, repetitive style will drive you up the wall if you’re in the wrong frame of mind. However, get in the groove and you’ll find yourself intoxicated by the elegant visuals, the fashions (cheongsams!), the Nat King Cole songs, and the way Tony Leung and Maggie Cheung make the doomed romance at the center of this movie seem blissful and wounding. 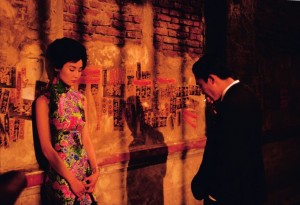 4. The Royal Tenenbaums. Other people prefer Bottle Rocket or Rushmore, but this is my favorite Wes Anderson film (along with Fantastic Mr. Fox). This saga of a family in disrepair is funny and visually accomplished, but I like the way he uses this cast, the starriest he has ever worked with to date. Led by one of Gene Hackman’s last and best performances, we’re treated to a terrifically sullen Gwyneth Paltrow and a bristling Ben Stiller, and even Luke Wilson’s sad puppy-dog eyes used well in the role of a depressive. Underneath all the schoolboyish quirk, you can feel this movie’s pain. 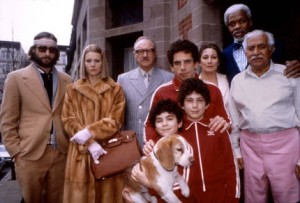 5. Happy Accidents. Where’s the Brad Anderson who made this movie? I want him back! He’s directing episodes of Fringe and Boardwalk Empire now, but even when he gets around to making movies, they’re grim thrillers like Transsiberian and The Machinist. I wish he’d go back to making films like this succulent sci-fi-tinged romantic comedy about a woman (Marisa Tomei) dating a guy (Vincent D’Onofrio) who’s convinced that he’s a time traveler from the future. I saw this film three days after 9/11, and left it feeling like I was floating on air. That’s power.

6. Waking Life. Most of the big animation firms have largely ignored rotoscoping in favor of motion-capture technology, but look at what the former technique (animating by drawing over filmed images) did here. What might have been a dry philosophical inquiry instead turned into a vibrant, eye-popping vision of a dream world that looks a lot like Austin and might just be the afterlife. Richard Linklater’s technique here might be the same as in Slacker and Dazed and Confused, but this is literally a world removed from that. 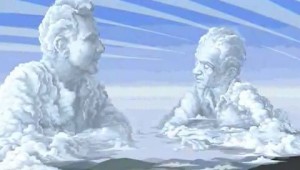 7. The Taste of Others. Agnès Jaoui has somehow never received her due here in America, which is too bad, because her best films (like this one and Look at Me) are intelligent, satirically funny comedies that touch lightly on big themes. This French drama takes in the complications in the lives of a stage actress, a bodyguard, and a businessman trying to learn English, among others. This cleverly plotted comedy feels organic, and though its characters are resolutely life-sized, their concerns feel cosmic in scale. 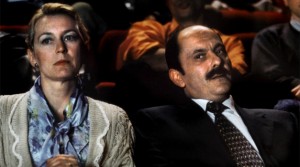 8. Ghost World. In many ways, I am Enid Coleslaw, the ornery, nerdy, too-cool-for-school teenage heroine of this comedy about an eccentric trying to find her way through an absurd world. Terry Zwigoff adapted this from Daniel Clowes’ graphic novel, and actually improved on its source considerably, finding the vulnerability at the heart of this eccentric girl and the middle-aged music geek with whom she has an ill-advised fling. This is one of those films where the actress playing the best friend (Scarlett Johansson) went on to have a bigger career than the lead (Thora Birch). 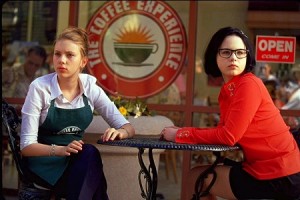 9. Moulin Rouge! Movie musicals are much more common now than they were 10 years ago, and yet there’s still nothing that really looks like Baz Luhrmann’s extravaganza, which takes songs from disparate sources and squeezes and mashes them up anachronistically into this story set in turn-of-the-century Paris. Deeply flawed though this is, its hermetic unreality allows it to reach romantic heights as no other film does. 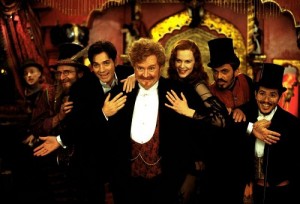 10. Donnie Darko. Jake Gyllenhaal has never been so scary in a movie. Nor have rabbits, for that matter. This darkly seductive odyssey is about a teen who’s pressured to do terrible things by a giant talking bunny that only he can see. Other filmmakers have located the evil lurking in the shadows of Reagan-era suburbia, but only Richard Kelly has made it feel so palpable and all-enveloping. He also films a sequence to Tears for Fears’ “Head Over Heels” that will ring a bell for anyone who went to high school in the 1980s. 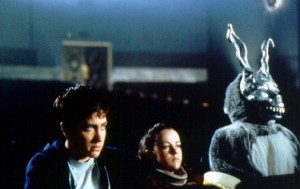 11. Ocean’s Eleven. Don’t penalize this movie for the sequels that it spawned. Instead, just reflect on how much skill it takes to gather a bunch of big stars together in Vegas for a larky escapist heist film and then have said film come out really good. Look at how easily the cast interacts with each other, how George Clooney plays off such disparate actors as Brad Pitt, Julia Roberts, and the late Bernie Mac. No wonder Steven Soderbergh’s flick epitomized big-screen cool. 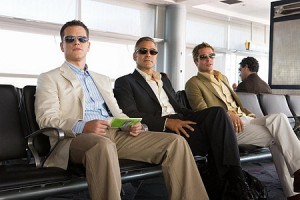 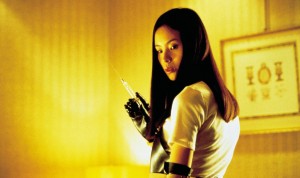 13. From Hell. In retrospect, I overrated this film because I was so taken with the notion of the Hughes brothers, two African-American filmmakers, making a movie about white people in 19th-century London (back then, still something that raised eyebrows) and finding that the world of Jack the Ripper was little different from the world of the Hugheses’ ’hood movies. I caught up with this film again recently, and Heather Graham aside, it’s still pretty good: intelligent, atmospheric, and dense with detail. 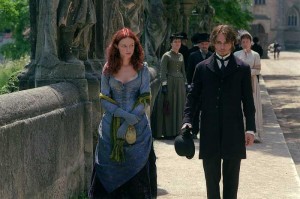 14. Cure. Kiyoshi “no relation to Akira” Kurosawa is another filmmaker who has never been properly feted in the States, but his horror flicks conjure up the same sort of metaphysical dread found in M. Night Shyamalan’s early films. This movie, about an amnesiac drifter who seems able to compel ordinary citizens to commit murder for no reason, illuminates the roots of discord in Japanese society without ever forgetting its primary objective of creeping you the hell out. 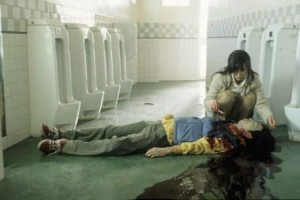 15. Amores Perros. Alejandro González Iñárritu helped give birth to the Mexican New Wave with this sprawling crime thriller that takes in multiple layers of Mexico City’s society, all tied together with the fate of the story’s dogs: strays, fighting dogs, and lapdogs. Sadly, his subsequent films have become overblown and self-important, but this modern-day epic still retains its power. 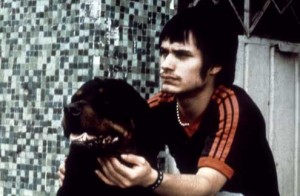