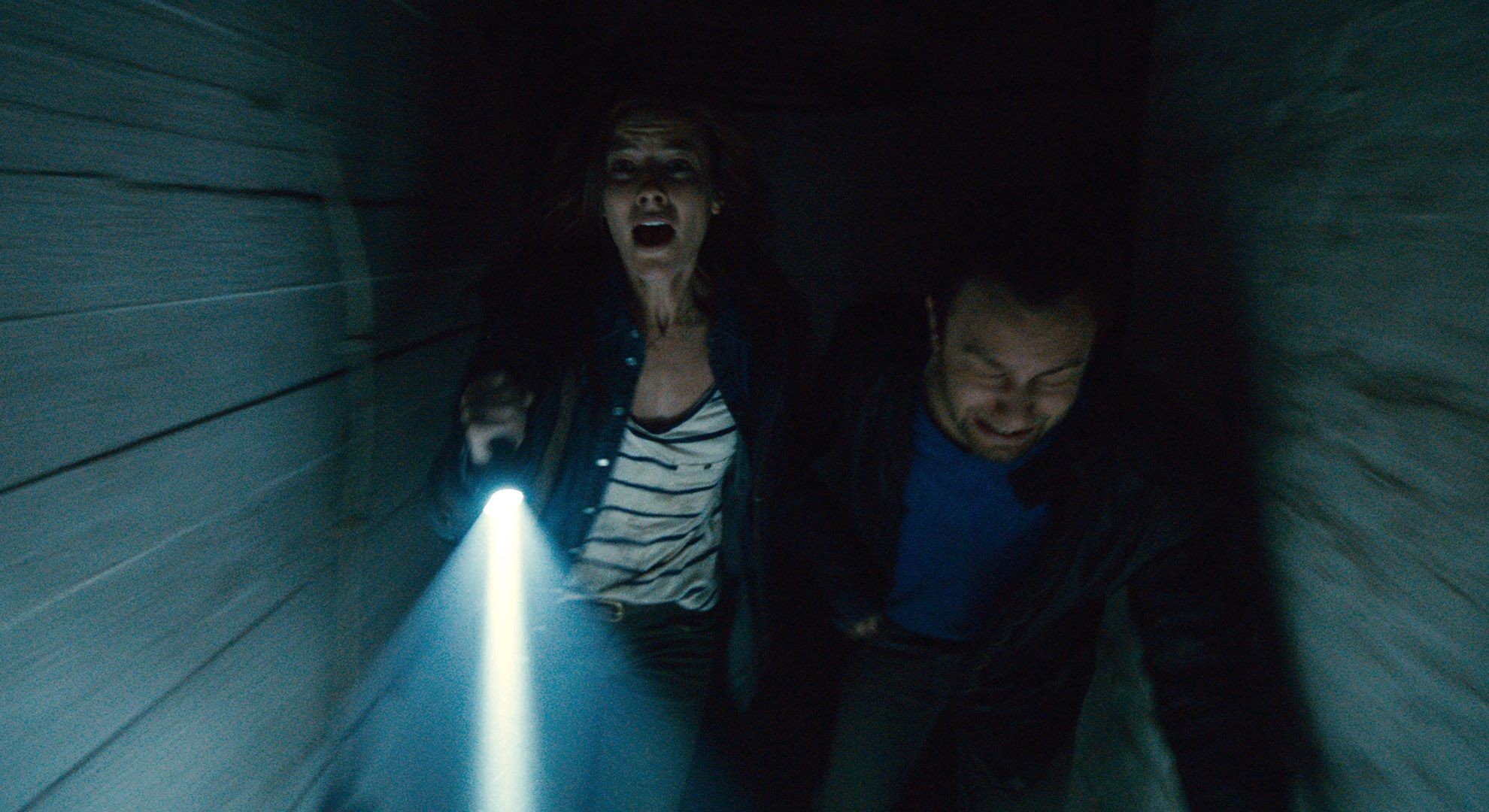 On paper, that is. On screen, all of that potential disappears into an uninspired muck of clichés, inconsistencies, one-dimensional characters, and general aimlessness. Seven characters become six. And then five. Then four. You get the picture. The result is another completely forgettable pick-’em-off slasher.

Blame the writing. Co-written by Paranormal Activity director Oren Peli, the script is basically a stroke-of-genius movie idea in desperate need of a capable wordsmith. The direction, by first-timer Bradley Parker, is promising. The film’s style, shot like found footage without actually purporting to be found footage, heightens the suspense, and the editing maintains a nice, even, snappy pace throughout the movie’s short running time of about 90 minutes.

Chernobyl Diaries begins with one of its highlights, a found-footage-esque montage of three Americans — sweethearts Chris (pop musician Jesse McCartney) and Natalie (Olivia Dudley) and their newly single friend Amanda (Devin Kelley) — on a whirlwind jaunt from one major European city to another. The well-paced compilation quickly takes the trio to Kiev, where they meet up with Chris’ trouble-making expatriate brother Paul (Jonathan Sadowski), whose attempts to woo Amanda serve as pretty much the movie’s only subplot. Well, that and a thin brotherly dynamic between Paul and Chris.

Just as the foursome is about to leave for Moscow, Paul suggests a quick detour to Pripyat, the 50,000-population Soviet city that was hastily abandoned in the spring of 1986 after the nearby Chernobyl nuclear reactor exploded. Paul convinces the other three to join a tour led by “extreme tourism” guide Uri (Dimitri Diatchenko), a former special-forces type and, as a badass, easily the film’s most likable character.

Australian Michael (Nathan Phillips) and Norwegian Zoe (Ingrid Bolsø Berdal), a backpacking couple whose only place in the plot is apparently to boost the body count, arrive at Uri’s shop at the last moment, and the group is on its way. A pair of guards denies the group access due to “maintenance,” which prompts Uri to sneak his guests into the abandoned town via a back road.

The next sequences, of the group’s tour of the remains, are also great, underlining the point that the best character in Chernobyl Diaries is the set. The abandoned Soviet blocks (filmed at locations in Serbia and Hungary) and underground bunkers with the spooky reactor stacks in the distance provide a stunning setting for horror. The set was clearly modeled on the actual Pripyat ghost town, lending the movie a nice touch of authenticity.

But a killer set can carry a bad script only so far. Once the group returns to the van to learn that someone (or — gasp! — something) has mangled the starter cables, Chernobyl Diaries quickly becomes a dizzying assortment of cheap scares and average acting, with the dwindling cast scurrying from one dark room to another. Audiences don’t really get a good look at the baddies, but they appear to be radioactive zombies (think The Hills Have Eyes), who are slow and clumsy one moment but fast and stealthy the next. Oh, and there’s also radiation, the movie’s oft-neglected invisible villain.

Watch out for one of Peli’s trademarked plot twists at the end. Or don’t. Chances are you’ll see it coming a long way off.