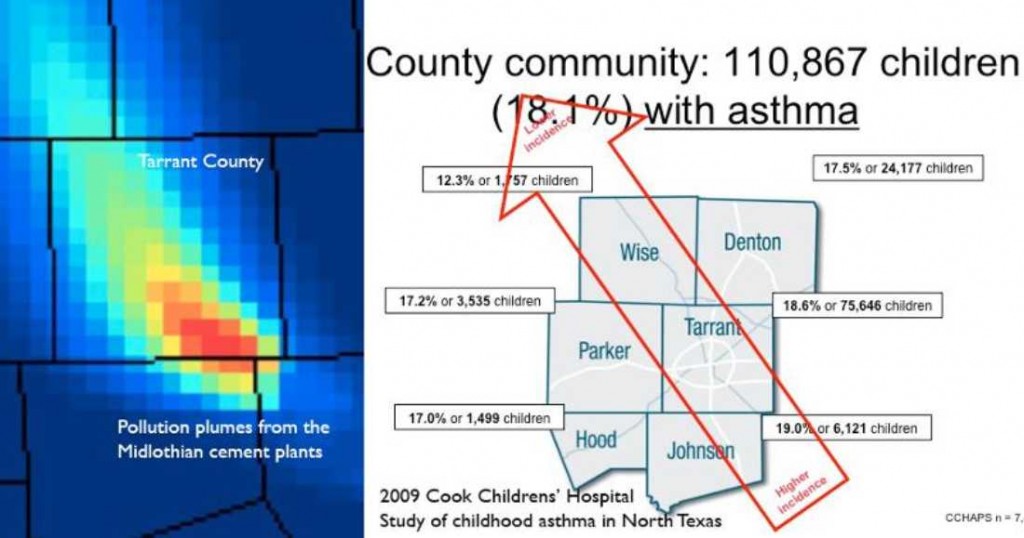 The Only Hearing in the Nation on EPA’s Proposed Weakening of Toxic Air Pollution Standards for all U.S. Cement Plants :Thursday August 16th-9 am to 7 pm –Arlington City Hall-101 W. Abram St.

Downwinders’ At Risk announced yesterday  that 50 speakers have signed up to speak at tomorrow’s Environmental Protection Agency’s hearing on its proposal to lower the clean-air standards set by the agency last year for emissions from cement plants, and, incredibly, delay those watered-down standards implementation until 2015. (Blotch, Monday, Aug. 9, Static, Aug.8 .)  More are needed, the group said in a press release yesterday. Those signed up have filled the 9 am to 2 pm slots. The afternoon slots, from 2 to 7 pm, are empty. Downwinders, which fought for more than 20 years to force the feds and the state to adopt tough standards to cut down on the ash, filled with dozens of dangerous pollutants including mercury, that is coming from cement plant smokestacks — three of the largest just a few miles upwind of Fort Worth and Arlington — has put out a call for more speakers to sign up. If the afternoon hours don’t have speakers, the agency will close the hearings early, the group said, giving it a chance to say that folks just aren’t that interested in cleaning up the air.  This hearing is especially important to this area because of those three plants in Midlothian.  They aren’t good neighbors. The ash blows our way nine/tenths of the time and is the single largest industrial contributor to the smog that poisons our air, gives more and more of our children asthma and adds to the increases in heart and lung disease among the elderly and those with impaired immune systems. Not to mention the financial burden that such health impacts have on  the area’s health care providers, costs that are more often than not transferred to the taxpayers. The pollution from these plants also contributes mightily to the fact that the region’s air quality has been out of compliance with EPA standards for decades.

Even worse, the EPA itself has said that such a delay will cause between 1,920 and 5,000 premature deaths, 35,000 severe asthma attacks, 3,000 heart attacks and 260,000 days of missed work, according to data released by Downwinders. Many of these will be in this area which is home to the largest concentration of cement plants in the country.

Why the Barack Obama administration has taken this draconian step backwards is unknown.  The agency has released no reason for the roll-back and the White House isn’t talking which means there is one critical question that speakers should ask of those conducting the meeting: Why?

There is still time  to sign up or show up.  Email the EPA’s Pam Garrett at garrett.pamela@epa.gov or call her at  (919) 541-7966 and tell her what time you want to speak during the afternoon and evening hours. You can also sign up at Arlington City Hall when you get there.