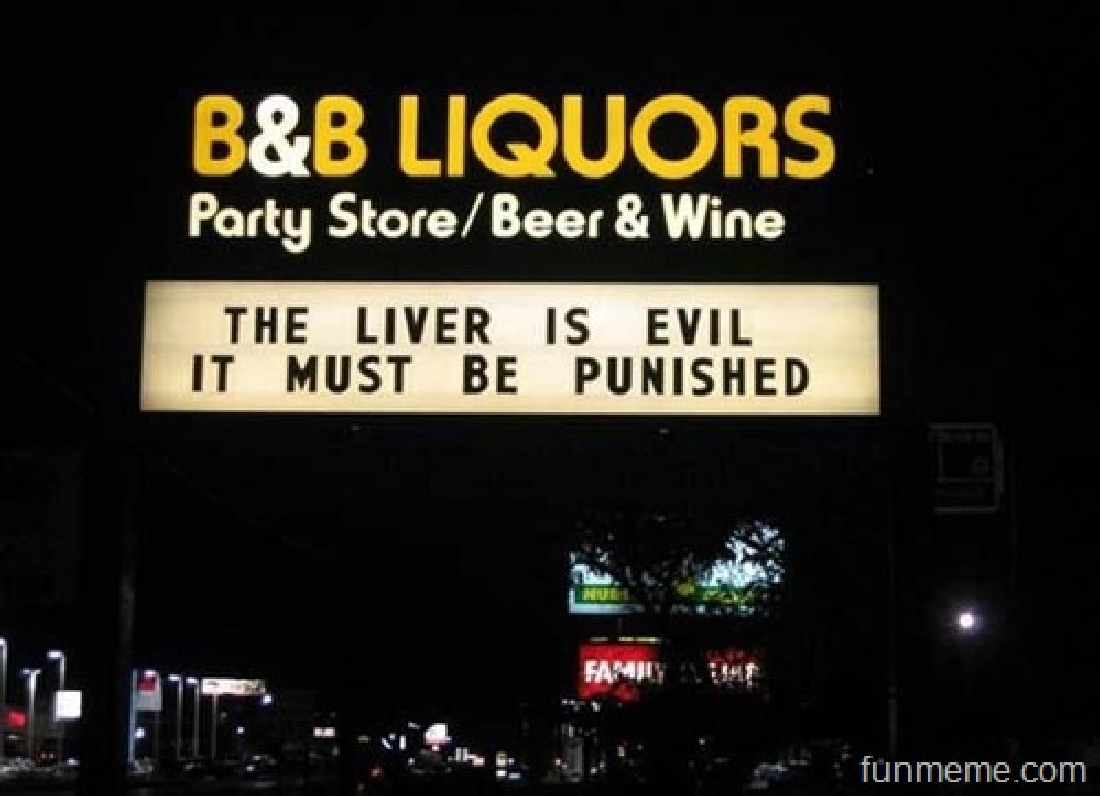 Some blue laws, laws based on bizarre moral codes that date back to puritan colonies in the 17th century, still linger. But proposed legislation by State Rep. Thompson Senfronia, a Democrat from Houston, hopes to drag Texas into the 18th century. House Bill 421would allow liquor stores in Texas to be open for business on Sunday.

Predictably, the law has its critics. This story quotes a crotchety old man who believes that the law would promote drinking, if passed. The change in law would also effect liquor store employees, who have long enjoyed having Sundays off.

Local drunks could not be contacted for this story, as they are still asleep.

Just for fun, here are some other wacky laws via Dumb Laws.com:

– One must acknowledge a supreme being before being able to hold public office.

– When two trains meet each other at a railroad crossing, each shall come to a full stop, and neither shall proceed until the other has gone.

– It is illegal to take more than three sips of beer at a time while standing.

– The entire Encyclopedia Britannica is banned in Texas because it contains a formula for making beer at home.

– It is illegal for one to shoot a buffalo from the second story of a hotel.