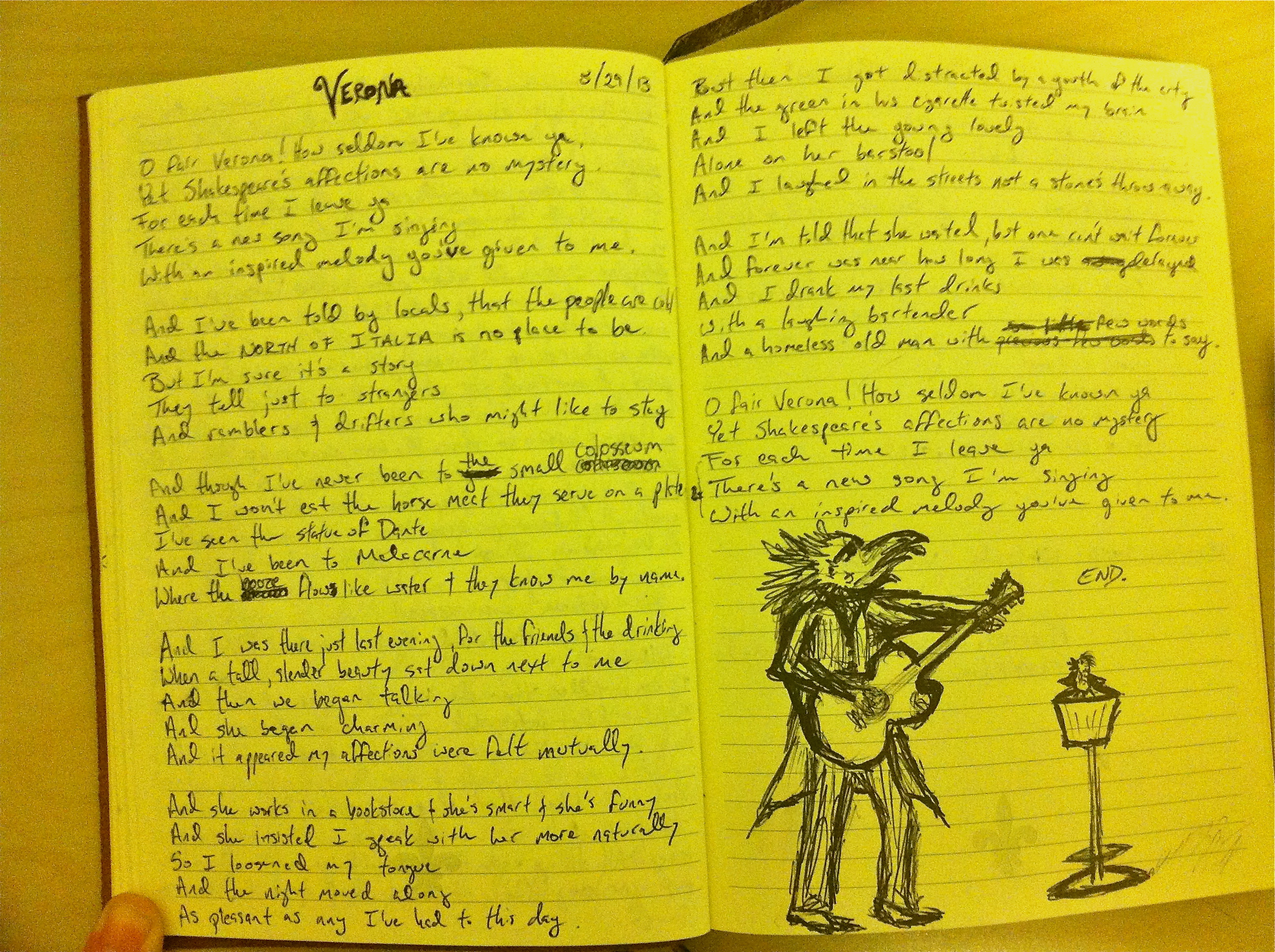 My name is Keegan McInroe, and I am a singer-songwriter from Lubbock who’s been living in Fort Worth off and on since 2001, when I began my four years of study at Texas Christian University. Over the course of my 10 years writing, performing, and recording original music, I’ve played hundreds of shows and traveled thousands of miles throughout the United States and Europe. My latest tour is taking me to New York City, London, Paris, Amsterdam, Budapest, Prague, Barcelona, and dozens of stops in between. Whether you’re an independent musician like me, a fellow budget traveler, or simply a reader who loves a good tale from the road, Texas Troubadour Abroad –– my (mostly) weekly travelogue published here on the Weekly’s website –– will have something for you.

Yet Shakespeare’s affections are no mystery,

For each time I leave ya

With an inspired melody you’ve given to me.

And the north of Italia is no place to be,

But I’m sure it’s a story

They tell just to strangers

And though I’ve never been to the small colosseum,

And I won’t eat the horse meat they serve on a plate,

I’ve seen the statue of Dante,

And I’ve been to Malacarne,

Where the booze flow like water, and they know me by name.

And I was there just last evening, for the friends and the drinking

When a tall, slender beauty sat down next to me,

And we began talking,

And she began charming,

And it appeared my affections were felt mutually.

And her legs stretched to heaven, and she laughed when I told her

I was taller than she was, and she proved me wrong.

But it didn’t matter,

Because I’m a fine climber,

And her breasts were like two doves ready to fly.

And she works in a bookstore, and she’s smart and she’s funny,

And she insisted I speak with her more naturally,

So I loosened my tongue,

And the night moved along,

As pleasant as any I’ve had to this day.

But then I got distracted by a youth of the city,

And the green in his cigarette twisted my brain,

And I left the young lovely

All alone on her barstool,

And I laughed in the streets just a stone’s throw away.

And I’m told that she waited, but one can’t wait forever,

And forever was near how long I was delayed,

So I drank my last drinks

With a laughing bartender

And a homeless old man with few words to say.

Yet Shakespeare’s affections are no mystery,

For each time I leave ya

With an inspired melody you’ve given to me.

En route from Verona to Fidenza