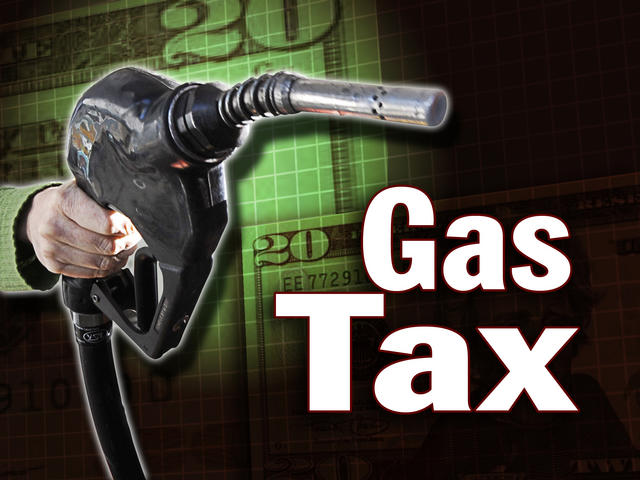 Outgoing Republican Gov. Rick Perry’s consistent response to calls to raise the state’s gas tax has truly been, “My way or the highway.” And “my way” prevailed over “the highway” — at least, if you’re for highways built without tolls or taxpayer debt.

Perry’s continuing stand against new taxes may have been for political reasons, to appeal to the anti-tax fervor of the Tea Party-type voters. Or it might have been for policy reasons: He may really prefer to have highways built with tolls or bond debt.

But this is certainly a departure from the “pay as you go” slogan under which Texas government operated for several decades — until Republican George W. Bush took over as governor in 1995, followed by Perry in 2000.

It appears that Perry’s successor as governor, Republican Greg Abbott, has the same attitude. He is calling for an additional $4 billion a year for highways, “without raising taxes, fees, or tolls.”

How? By shifting money that would — or at least could — be spent on other things and putting it into road construction and maintenance.

The tax began in 1923 at one cent per gallon. It reached a nickel a gallon in 1955 under conservative Democratic Gov. Allan Shivers, after business interests mounted a “Good Roads” campaign. Gas then was about 20 cents a gallon. Three-fourths of the gas tax income went to transportation and one-fourth to public schools. And over the next couple of decades, the Texas highway system became known as the best in the nation.

In about 1977 came the crossover: The motor fuels tax by itself no longer could cover all the costs of building and maintaining highways. So legislators began dipping into the General Revenue Fund. With inflation gradually reducing the buying power of the tax, and with increasing population, legislators added another nickel in 1984 to bring it to 10 cents a gallon, while Democrat Mark White was governor.

It went up again in 1987, to 15 cents, while Republican Gov. Bill Clements was in office. Four years later in 1991, under Democratic Gov. Ann Richards, another nickel was added, making the tax 20 cents. It has remained frozen there since.

With inflation, it would take 35 cents a gallon today to produce the same buying power as 20 cents in 1991. Put another way, what was 20 cents of buying power in 1991 would be only 11.5 cents today. And cars today, due initially to pressure from the federal government, are getting signif-icantly more miles per gallon. So fewer tax dollars are produced per mile traveled.

In 2001, two House members — Democrat Clyde Alexander of Athens and Republican Kip Averitt of Waco — filed a bill to add another nickel, to 25 cents. But Perry threatened to veto it, and it went nowhere. Had that become law, the next six years would have provided about $3 billion more for transportation and about three-fourths of a billion for public schools.

Mindful of the eroding financial support for transportation, State Sen. John Carona, who chaired the Transportation Committee, tried again in 2007 for a tax hike. But the Dallas Republican also wanted to index the tax, linking it to the percentage annual increase in highway construction costs, not to exceed 4.5 percent in any one year. That would have been a mild 1.7 cents per gallon the first year, producing an estimated $384 million for roads and schools.

Perry’s veto threat kept it from ever reaching his desk. Many lawmakers are gun-shy about getting a tax increase vote on their record, especially if the roads and schools it’s supposed to help never get the money.

This would be a perfect time to resurrect Carona’s proposal, while gas prices are at their lowest in six years. The additional taxes wouldn’t even be noticed by most drivers at the pump, but certainly would be by road builders and school superintendents.

The alternative is to keep passing along to our kids and grandkids the cost for road use, including paying tolls, paying off state road debt, and sitting in stalled traffic.