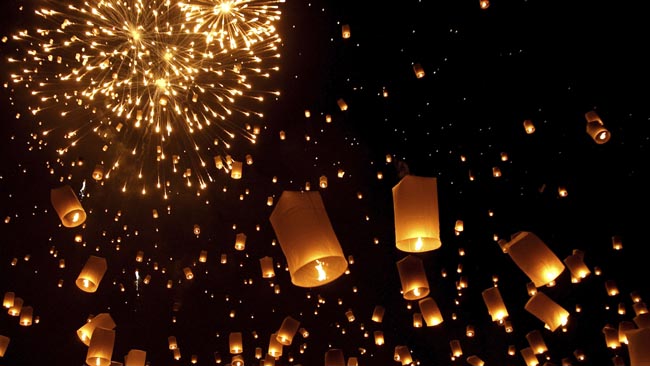 Well, Wednesday is New Year’s Eve, and in the words of a popular yet controversial longhaired sage who is worshipped by millions (that would be St. Jonathan of Bakersfield, of course), “Are you ready?!”

Allegedly –– allegedly –– the biggest party night of the year, NYE can take revelers through a gamut of emotions. Based on the experiences of billions of people over the decades, the last night of the year intensifies feelings, from the heights of rowdy fun to the depths of tragedy and every “pretty cool” and “meh” in between. Or something like that. I swear I’m not drinking already.

Of course, on this celebratory eve, the obvious tips apply: If you’re going hard into the proverbial paint (which smells like cheap whiskey and Korbel), have a sober driver at the ready. Watch out for total amateurs (for NYE is the amateur-est hour of all amateur hours), and if you have an amateur in your party, make sure he or she tips properly. If a bar has a locally brewed New Year-themed craft beer on tap (like Justin-based Rabbit Hole Brewing’s Hole Lang Syne, a delicious Belgian strong ale whose ABV, I must warn you, is 10 percent), please consider ordering it so room can be made for the next seasonal. If you think you’re going to throw up, run outside and find a spot behind a dumpster. And, finally, under no circumstances should you ruin anyone else’s good time. Save your couple-fights for Jan. 2.

Beyond those simple rules, your New Year’s Eve options really boil down to staying in one place or bar-hopping. Those of a mind to spend the evening at a single destination might be inclined to post up at Shipping & Receiving (201 S Calhoun St., 817-887-9313). Along with an art exhibit, the event, dubbed Apples: New Year in the City, features performances by some of Fort Worth’s finest, including Son of Stan, Ronnie Heart, War Party, Goldd (the new project by Skeleton Coast’s Bobby McCubbins), and Leon Bridges, who recently announced on Facebook that he’s signed with Columbia Records.

There’s also a potentially massive bash at Landmark Bar & Kitchen (3008 Bledsoe St., 817-984-1166). Billed as “Fort Worth’s largest NYE celebration,” the event offers DJ music, a “shot block” (which I assume is a liquor luge, ice slide, or whatever else you call one of those blocks of ice down which shots of liquor are poured toward an open mouth), and, my favorite part, a confetti cannon.

Calling your party the largest in town is a pretty bold statement considering you’re only a few miles away from the World’s Largest Honkytonk. Billy Bob’s Texas is great for music (and people-watching) pretty much any night of the week, but something tells me that for New Year’s Eve –– with the Turnpike Troubadours onstage –– it’s going to be especially awesome.

For you bar-hoppers, West Magnolia Avenue will probably be fun –– the walk isn’t too long from, say, the little watering hole Proper to The Bearded Lady –– but in terms of density, the West 7th Street corridor has more going on. The loudest event there stands to be the one at both The Grotto (517 University Dr., 817-882-9331) and Lola’s Saloon (2736 W. 6th St., 817-877-0666). (Though the clubs are technically within walking distance of each other, a free shuttle will ferry concertgoers back and forth.) There’ll be nine bands in all, and while Fort Worth fuzz-rockers Picnic Lightning will count down to the New Year at The Grotto, Beaumont’s hot-shit rock act Purple will be onstage at Lola’s for the official calendar flip. Cover is $10.

No matter what you do, try to have a good time, and even if your night goes from early triumph to monumental tears, be safe. We all want to start 2015 on a high note. –– Steve Steward