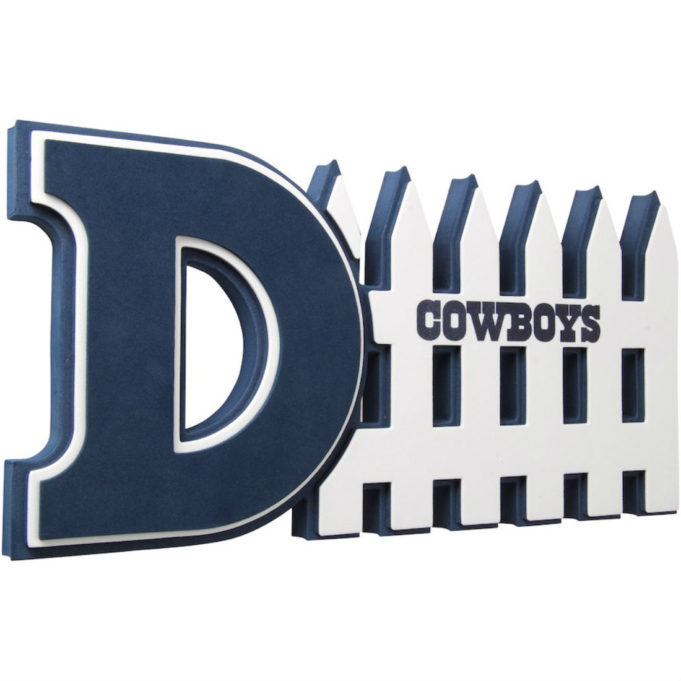 Faithfully adhering to the do-the-exact-opposite-of-what-everyone-thinks-you’re-going-to-do ethos that has defined the team for at least a decade, the Cowboys somehow managed to beat the red-hot New Orleans Saints last Thursday. It certainly wasn’t pretty. The game was marred by several ugly turnovers and some impressively horrible officiating which plagued both squads throughout the night. Yet amazingly, in full view of the largest Thursday Night Football television audience in history, the Cowboys’ meager 13-point effort proved to be just enough, as the defense — led by defensive end DeMarcus Lawrence and the rest of the self-described Hot Boyz along the front seven — hobbled quarterback Drew Brees and his league-best offensive machine (which was averaging an eye-popping 37 points per game heading into last week’s contest), holding them to just 10 points on the night.

Coming on the heels of their Thanksgiving Day victory against Washington, the win pushes the Cowboys’ current win streak to four games, their longest such run in two calendar years, dating back to the historic 2016 season in which they won 11 straight to finish 13-3. With just one quarter of the season remaining, our star-helmeted heroes are in great position to win the NFC East division and host an actual January football game at AT&T Stadium.

Conventional wisdom might warn against putting a ton of stock into the Saints game. The black and gold had ripped off 10 straight since losing their season opener and perhaps were just due to dip back into the loss column — even great teams rarely win 11 straight. But that line of thinking unfairly dismisses just how decisively the Cowboys won. The 13-10 score belies the truth of the game: The Cowboys straight kicked their ass. Head Hot Boy “Tank” Lawrence gifted NFL beat writers a few column inches last week with his expletive-ridden remarks leading up to the game, but when it came time to back up his bold comments with action, Lawrence did just what he said he was going to do, and that was smack the Saints offense in the mouth.

The Cowboys’ defensive line kept the pressure on the Saints’ No. 9 all game long. Though they managed only two sacks in the game, they clearly got in his head. Brees finished the game going 18 of 28 with a laughable 4.54 yard per completion average, just 127 passing yards, and a quarterback rating under 72. He did have a nice touchdown pass (which should have been negated by an uncalled offensive pass interference penalty — one of the many missed calls in the game) but he also threw an untimely interception to cornerback Jourdan Lewis in the game’s final minutes, ensuring the Cowboys victory. I cannot recall having ever seen a game where Drew Brees looked so rattled. Appearing rushed, anxious, and uncomfortable in the pocket, he resembled more Dak Prescott than the future Hall of Famer that he is.

Brees wasn’t the only offensive player stymied by the Cowboys defense. Thanks to the ball-hawking linebacking duo of rookie Leighton “The Wolfhunter” Vander Esch and Jaylon Smith, the Saints’ lethal running back tandem of Alvin Kamara and Mark Ingram was completely bottled up, combining for just 69 yards between them. As the number two option in the Saints’ passing game as well, Kamara was held to just 36 yards in that respect.

Faced with by far the biggest challenge of the season, the Cowboys defense not only rose to the occasion, they made a statement. A statement that says they are not afraid of a team that scores over 40 as often than the Cowboys score over 20 (six times each, respectively). A statement that says their quarterback can fumble the ball (something Dak Prescott leads the league in doing with a forehead-smacking 11 times through 12 games) or miss a wide open receiver streaking down the sideline that would have been a for sure touchdown or take an unnecessary sack from holding onto the ball too long as he slowly goes through his progressions and stalling a drive, but the handful of plays he makes in the game will be enough. Drives killed by holding penalties, having to settle for field goals after starting 1st and goal inside the 5, an offensive scheme that is just clever enough to average a depressing 20 points per game — through all of it, the defense will keep you in the game and give you a chance.

An offensive that can just manage to get by with a strong running game while riding an elite defense has been a successful blueprint in the past. The Tampa Bay Buccaneers in 2003, the Baltimore Ravens in 2001 and again in 2013 followed such a design. But it’s a different league now. Low-scoring, grind-it-out football is going the way of the VCR. These days when the two Super Bowl favorites play each other, they combine for 105 points. Dallas’ identity is an outdated one, but through the one true test it’s had, it’s proven to be one that might just still have a niche. Just how far will such an antiquated philosophy in today’s NFL carry them? I honestly have no idea, but I do know it has earned them a chance to show us. I look forward to continuing to be surprised.

The Cowboys Ate the Cheese

One of the Best Worst Games Ever