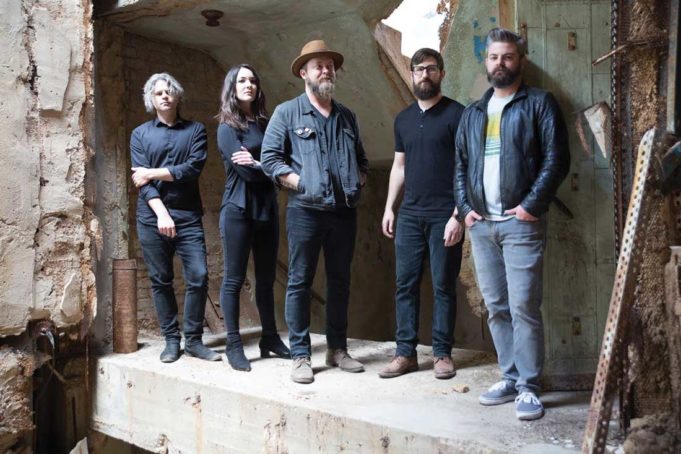 1) The FW Weekly is sponsoring a weekly showcase highlighting local music and beer at the Flying Saucer (111 E Third St) every Wednesday, and as y’all who read these things are (hopefully) fans of both, you’ll be interested to know that each week’s “Bands on Tap” show goes from 5-7pm; this Wednesday’s edition features Americana/pop rock act Cut Throat Finches and is also sponsored by Wild Acre Brewing and Texas Capital Bank, and I think that past part means it’s free to attend, though seeing as how Flying Saucer is a beer restaurant, the show is 21+. CTF’s put out this video last year for their song “New Age,” which is about political discourse and not yoga mats and crystals:

2) Magnolia Motor Lounge (3005 Morton) has singer/songwriter-y action on Thursday, with a show headlined by Ansley, featuring violinist Scarlett Deering and guitar virtuoso D. Anson Brody in the opening slots. 21+, cover price is unlisted, and the music starts at 9pm. Scarlett Deering also plays guitar. Here she is pickin’ on a Willie Nelson cover:

3) On Friday, MASS (1002 S Main) hosts the return of Future Unlived, an indie rock band that went defunct in, I dunno… 2010? I’m just guessing, but as I recall from way back then, they had a Radiohead influence that was colored by songwriter Danny Balvin’s affinity for pop. Anyway, looks like they’re the headliner, and the opening spots are filled with psychedelic prog outfit Earthchild Imperius and songwriter Wayne Floyd. Here’s that Earthchild Imperius video I feel like I post every time I list that they’re playing:

4) Also on Friday: Son of Stan’s Fort Worth release show celebrating Diamond Cuts, the EP the throwback pop rock five-piece put out at the beginning of March. It’s online only, so really, just come to party. The show is at Twilite Lounge (212 Lipscomb), so you can snack on fried green tomatoes and po’ boy sandwiches while you hear songs about partying at crummy Lake Worth apartments during your early 20s. The O’s kickdrum stomper/co-frontman Taylor Young does a solo set first. 21+, starts at 10:30, not sure what the cover is, so bring a $20 and count on an indeterminate amount of change. I totally forgot about this video for Son of Stan’s “The Lady That’s Around Me,” cut from Turbograffix-16 cut scenes. If you don’t know what a Turbograffix is, don’t worry, because I don’t understand how Steam works:

5) The Polydog’s (see last week’s cover story) are dropping their new album at Shipping and Receiving (201 S Calhoun) in the middles slot before venerated, long-running roots rockin’ duo the Greyhounds blast off in the opening spot. I don’t know what to say about Cody Lynn Boyd that I haven’t already said other than some of his songs sound like he looks (’60s-era Rolling Stones), and some sound different than that, but the music’s good and he kicks the night off at 9pm. Doors to the 21+ show are at 8pm and cover is $15. Here’s a phone camera video of the Polydogs at MASS back in February: