Looking to escape from exhausting political rhetoric, challenging social discourse, and psychological preparation for another holiday season with relatives? Cheer yourself up by watching a show about fascism.

Back in 2015, Amazon introduced us to Philip K. Dick’s novel about a madcap universe in which the Nazis won World War II. With characters who are both intriguing (John Smith, who isn’t actually in the book) and not-so-much (Juliana Crain, who is), The Man in the High Castle follows the conflict between underground resistance fighters and America’s feuding Axis governments, with the Germans occupying the eastern states (called The Greater Nazi Reich or GNR) and the Imperial Japanese occupying the west (the Japanese Pacific States). Those who haven’t watched (or re-watched) seasons 1-3 to prepare for the final season on Friday might need a refresher on what has happened up to this point.

Juliana, a remarkably unremarkable San Francisco woman (Alexa Davalos), sees the Japanese police shoot her sister, whom Juliana discovers was involved in an underground resistance against the Nazis. Juliana learns this after receiving a roll of secret newsreel-style footage from the Man in the High Castle which depicts an alternate timeline in which the Nazis lost the war (proof that MHC drops the freshest mixtapes in the continental United States). 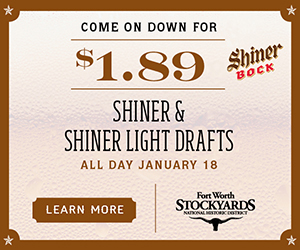 Looking for some non-aikido-related action to liven up her mourning period, Juliana takes her sister’s place and goes to the Neutral Zone (a lawless mid-section of states between the two fascist empires) to deliver the film to the Resistance. She sparks an on-again-off-again relationship with a guy named Joe (Luke Kleintank) who turns out to be a spy for the Reich (so … it’s complicated), kills her first Nazi, and sets out to prevent a nuclear war she witnessed in one of the Man in the High Castle’s films.

Her abandoned boyfriend, Frank (Rupert Evans), is punished by the Imperial police (or the Kempeitai) for Juliana’s disappearance and seeks vengeance against the Japanese, joining the Resistance and almost assassinating the Crown Prince of Japan. Though his conscience prevents him from going through with the assassination, he becomes an enemy of the state anyway, because plotting is still a crime, kids!

In New York City, John Smith (Rufus Sewell) is the nation’s Vice President-esque Nazi figurehead, who also juggles his career with family challenges, because in this world, Nazis are people, too. Simultaneously, the East and West Coasts are each trying to covertly establish backup plans for when Hitler dies. The Nazis evidently don’t like non-white people (who knew?), so Hitler’s political rivals want to bring down the Japanese once the Führer is gone. They don’t know that the Japanese now have the blueprints for an atomic bomb and aren’t afraid to use them. Oh, and the trade minister for the Pacific States (Cary-Hiroyuki Tagawa) has lots of introspective reaction shots throughout the season. He starts meditating and, in Episode 10, somehow shifts into our reality, where the Allies won the war. Viewers are confused.

The first season of many shows is the roughest since characters are still developing and the drama is ramping up. Season 1 struggled with slow pacing and Juliana’s poor character development. Still, the depiction of an alternate American culture has an eerie plausibility that makes this show powerful. One example is when the Smiths are shown celebrating VA Day (the day the Nazi’s “liberated” America), hosting a barbecue in their back yards and settling down to watch fireworks. The atmosphere feels familiar and traditionally American, until the guests greet one another with the phrase “Heil, Hitler.” The cloaking of hateful ideology behind the ’60s veneer of white middle-class social life stuck with me long after the episode ended.

John seems more human in Season 2, when he struggles with the knowledge that his son Thomas (Quinn Lord) has a hereditary degenerative disease and is no longer “pure,” meaning the GNR will have him killed. John and wife Helen (Chelah Horsdal) love their son and refuse to give him up, so John handles the situation by not telling his son what’s going on and by killing anybody who suspects them. Thomas turns himself in during the season’s final episode.

We also see in this season that John was an American soldier who changed sides when the Nazis invaded. John and Helen dislike the fascist system and can’t let anyone know. There are rumors that Hitler is dead, and GNR politicians are starting to get power-grabby. This makes it harder for the Smiths to stay out of the spotlight, since John Smith is something of a big deal in the Reich.

To hide from Japanese authorities and locate an important Resistance fighter, Juliana defects to the GNR. There, she starts spying on the Smith family for the Resistance and starts to not hate them, especially when she learns about Thomas’ illness. Helen convinces her to keep the secret, and Juliana fights with her conscience.

Juliana also lets slip to the Resistance that Hitler might be dead, which prompts them to start their uprising. Her attempts to avoid World War III are proving about as well thought-out as her new haircut. By the season finale, we learn that her sister didn’t die after all but was actually a “traveler” who dropped into a different reality. Clear so far?

The second season ends with Smith saving the country from nuclear detonation (surprise!) and being promoted to Nazi president of the United States. Also, Frank detonates a bomb inside the Kempeitai headquarters, Hitler dies, Himmler becomes the new Führer, and the Nazis find a “traveler” and theorize that there might be other realities.

Season 3 is significantly faster-paced than Season 1, but also the sci-fi vibes are strong and not necessarily in a good way. Introducing an “alternate realities” plotline jumpstarts the show’s major story arc (“travelers” helping the Resistance in Nazi America topple the fascist superpowers), but the parallels we’ve drawn between Nazi America and “our” America become less believable. This detracts somewhat from what made this show interesting from the start: the awful reality and urgency the characters face. Relegating Nazi America further into the land of pure fantasy may be a point of comfort to some, but some of the finality and sociological relevance is lost in the process.

Recently, viewers were reminded that John Smith did horrible things when he joined the Nazis after the war. He loses most of the humanity points he earned in Season 2 when we witness his dreams (flashbacks?) about wartime atrocities the Nazis committed when colonizing America. The dreams plague him, and he barely hides the strain from his wife, clearly forgetting how important communication is to a happy marriage. He has captured Juliana and the Man in the High Castle (Stephen Root), so at least he’s got that going for him.

While trying to cover up the genetic illness that previously led to Thomas’ death, Helen fights and accidentally kills a family friend. She goes to therapy, but — this being state-monitored Freudian psychoanalysis — it doesn’t help. In the last episode of this season, Helen leaves home with the girls so the GNR doesn’t discover that they are carriers of the illness.

Frank, in hiding after the bombing in San Francisco, joins a Jewish community in the Neutral Zone (by the way, he’s Jewish), whips out his paintbrushes, and becomes the Banksy of Nazi America. The Kempeitai are looking for him, and they eventually find him and execute him for the headquarters bombing.

The Japanese test an atomic bomb, and Himmler visits the GNR to check out how the Nazis are doing with their investigation into this alternate realities business. They’ve found an “anomaly” deep in the mountains, a wormhole-like glitch zone where travelers can enter their reality. After sending an unwilling subject through the wormhole during their experiments, the Nazis get really jazzed and decide to celebrate the start of their foray into new worlds. To celebrate, they destroy the Statue of Liberty. Lastly, Smith questions the Man in the High Castle about travelers before running to Juliana’s cell and finding her in the middle of a leap to another reality. He takes out his gun to shoot her, but she vanishes.

Season 3 was the weakest season so far, and there is not enough support for how or why Juliana is suddenly able to “travel.” This is a point that will probably be addressed in the final season, but as it is, all we know now is that Juliana must have died in another reality (which leaves a space for another Juliana to switch places). This point isn’t shocking but rather predictable, as Juliana is apparently this show’s golden child tasked with the salvation of humanity for some inexplicable reason.

While we don’t yet know how the series ends, one thing is clear from the trailers: John Smith and Juliana Crain come head-to-head, and at least one will die. I’m not a fan of this setup, as they seem well-matched to bring down The System together. However, as long as the series doesn’t end with Juliana waking up one morning and realizing it was all a horrible dream, I’m sure fans won’t be too disappointed, whatever happens. 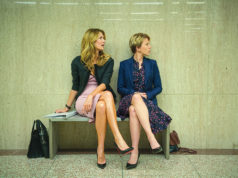 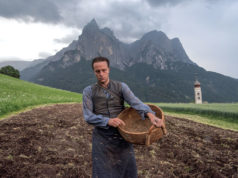 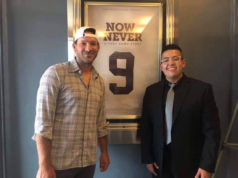