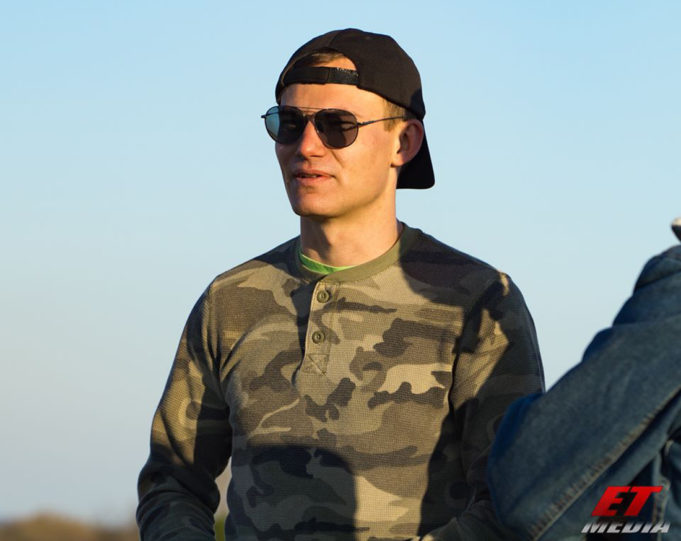 Anyone who has ever driven on wet or icy roads, taken a corner, felt their tires lose grip, and gone into a lateral slide, causing them to steer into the slide to try to regain control knows the fear – or thrill – of drifting.

Gabe Edwards knows that sensation well. The 21-year-old resident of North Richland Hills has been a car guy ever since he can recall while growing up in Keller.

“Anything with a wheel and a motor, I was all over it,” Edwards said recently.

He started out on gas-powered motor scooters and then raced go-karts before moving up to a Mazda Miata and taking on autocross and drifting events. In 2016, during his senior year at Central High School in Keller, Edwards created the YouTube channel Novice Garage. That car-based show has been his primary source of income for the past few years, but he is focused now on establishing the area’s best urban drift series.

When Edwards first became passionate about drifting, he would attend events at a 50-acre parking lot near the Mineral Wells Airport to sharpen his skills. He enjoyed those trips but thought the events could be organized better.

“I noticed that the guys who were hosting the only drifting events in Mineral Wells were older and kind of lazy and didn’t really grow at all,” he said.

Edwards, who describes himself as a “natural entrepreneur,” found a partner and set out to create a better version –– Runway Racing in Mineral Wells. The crowds grew quickly, and the events were becoming profitable when the engine sputtered to a halt in November. The property owner sold the large parking lot. Edwards had to go be Speed Racer somewhere else.

He didn’t want to put on the brakes.

“I really enjoyed doing it in Mineral Wells,” Edwards said. “It was a challenge and fun having all these people come, paying customers doing something I helped create.”

Few legal drifting events are found in North Texas. Drifting is done illegally, although it’s not easy to pull off. Drivers need a large paved area with few obstructions. And it’s not exactly quiet. The drivers rev up their engines, burn rubber, create smoke, and leave black skid marks on the surface.

“People go to a parking lot they don’t own and start doing donuts, practicing, or whatever, and it’s a good way to get arrested,” Edwards said. “It’s a really fun sport to do, but there are not enough places to do it. I’m trying to help change that and create a safe place for people to do it legally.”

Edwards is hosting the inaugural Novice Garage Urban Drift on Sunday at Texas Motor Speedway. The drifting event will be combined with a car show presented by The Drivers Club of Dallas. Details are on the Novice Garage Facebook page.

“It’s going to be a good time,” Edwards said.