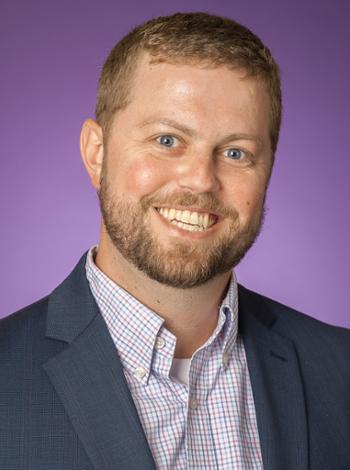 For many of us, childhood geography courses revolved around memorizing states and geographic regions. Urban geographers examine cities from a connectivity standpoint by analyzing how economics, culture, and other factors shape how we congregate, socialize, and interact with other members of a given city.

TCU professor Sean Crotty is an expert in that field, so we reached out to him to see how urban geography shapes how the current pandemic is impacting various areas of Fort Worth. Using data collected from the U.S. Census Bureau and its American Community Survey, Crotty described how job-related data can predict which areas of Fort Worth are being hit hardest by massive layoffs and furloughs due to the outbreak of COVID-19.

How do you track which areas of Fort Worth are being hit hardest by the pandemic?

What’s happening right now is that particular industries are finding it impossible to do normal work. The unemployment numbers are from specific industries, with immediate impacts on tourism, restaurants, and bars. We tend to live near people who have similar jobs as us. That’s the result of education and income levels.

Take Tanglewood as an example. There are two census tracts that make up Tanglewood. One has 14 percent of the population working in the [affected industries], and the other has two 2 percent. Based on this dividing line, we get very different impacts for those two parts of the neighborhood. One part of that neighborhood is going to weather this differently than the other.

Some industries are going to grow. How people are able to change where they work relative to their place of residence is a good question. If you don’t have a car, those problems get magnified. If you want to work in distribution in Amazon, it’s pretty far north. If you don’t have access to transportation [or public transportation], those adjustments are hard to make.

What should city and government leaders be doing from your perspective?

They need to try to find ways to help people in the impacted industries. The best thing that we can all do is to make this time period when we can’t be outside as short as possible by being inside. City officials have started becoming more strict about that.

How is Fort Worth weathering the economic downturn relative to other large cities?

We are a distribution hub for goods and services. A lot of our major employers are going to grow or not be impacted by this. Lockheed is not going to lose business as a result of this. Cities that are more dependent on industries that are being hit are more likely to feel the impact more immediately and severely. I would not want to be trying to manage the economy of Las Vegas right now.

At a community level, people have responded pretty well to this. The school district is finding food for people in need. Restaurants are trying to do work to support that as well. There are lots of bright spots that are indicative of how we can come together in bad times.

This would be outside my area of expertise, but the psychological challenge of navigating this crisis [is daunting]. People are potentially trying to figure out how you are going to pay rent next month or they are coping with a small home environment.

What can city and government planners learn from this experience?

We already have strength in terms of having a robust medical district. We should continue to support growth there, both from a facility and capacity standpoint. We have a growing population and will need those services.

We need suppliers [who can make ventilators and other equipment] that are flexible and prepared within a reasonable distance from our city. We subsidize agriculture for national security reasons. This crisis has shown that there may be industries that we have overlooked.

When this settles, what are you going to be researching in the coming year or two?

The retail landscape of our city is going to change tremendously. All sorts of service industries have been taking retail space [even before this crisis]. I’d be curious to see what sorts of stores are functioning in a year from now or two years from now. It’s going to look different. How does it change? I would hate to predict.

Restaurants are going to be another area. I’ll be seeing if there is a spacial bias for which restaurants people are willing to support through this crisis. Will it be based on factors like social media or owner reputation? At the moment, I can’t tell you. We will know based on who is left in a year or two.