Pakka Commercial (NR) This Telugu-language courtroom comedy stars Gopichand as a soulless lawyer who has to take on his own father in a civil case. Also with Raashi Khanna, Sathyaraj, Anasuya Bharadwaj, Ajay Ghosh, and Rao Ramesh. (Opens Friday)

The Black Phone (R) Adapted from Joe Hill’s short story, this horror film has some of the chills and most of the sentimental excesses of his dad’s work. Set in 1978 in Denver when the city is terrorized by a masked serial killer (Ethan Hawke), the film stars Mason Thames as a 13-year-old boy who falls into the killer’s clutches. Locked in his dungeon, he starts mysteriously receiving calls from the killer’s previous victims on a phone that doesn’t work. Hawke gives a properly grotesque performance as a predator who presents himself to kids as a funny party magician, but director/co-writer Scott Derrickson (Sinister) doesn’t have the finesse to smooth over the predictable story beats. Also with Madeleine McGraw, E. Roger Mitchell, Troy Rudeseal, Miguel Cazarez Mora, Tristan Pravong, Brady Hepner, Jacob Moran, Jeremy Davies, and James Ransone.

Elvis (PG-13) Baz Luhrmann dares to take on the entire peanut butter, bacon, and banana sandwich of Elvis Presley’s life, but this grand opera comes and goes without leaving much of an impact. Tom Hanks stars as Col. Tom Parker, who narrates the story of how he discovered the young country-blues singer (Austin Butler) and made him a star while also suffocating him creatively and stealing his money. Seeing the film through the prism of this con artist’s self-justifications is an interesting idea that only serves to turn Hanks (under a mountain of prosthetic fat) into a puppet, lacking the grifter’s snaky charm. Opposite him, Butler does remarkable work capturing the King’s stage presence in his early, middle, and late years, and his performances of some songs blends seamlessly with the original Elvis songs on the soundtrack. Still, the movie too often resorts to music-biopic cliches, and all of Luhrmann’s skill can’t make it fresh. Also with Kelvin Harrison Jr., Richard Roxburgh, David Wenham, Olivia DeJonge, Helen Thomson, Luke Bracey, Dacre Montgomery, Yola, Alton Mason, Shonka Dukureh, and Kodi Smit-McPhee.

Lightyear (PG) If you ignore its connection to the Toy Story series, the latest Disney/Pixar animated film is a surprisingly generic space adventure, though it’s done pretty crisply. Chris Evans provides the voice of the intrepid space explorer who undertakes adventures over the course of 84 years to try to get his crew home after he accidentally strands them on an alien planet. His travel at the speed of light allows him to maintain his age through those decades as his friends all live natural lives and die, and this Pixar film doesn’t shy away from the grim implications of that. Still, this film is missing the usual wit and cleverness that we expect from Pixar. It moves Buzz Lightyear and his fellow space travelers efficiently in and out of danger, but something has gotten lost. Additional voices by Uzo Aduba, Keke Palmer, Peter Sohn, Dale Soules, Bill Hader, Isiah Whitlock Jr., Efren Ramirez, James Brolin, and Taika Waititi.

The Phantom of the Open (PG-13) Mark Rylance stars in this comedy based on the life of Maurice Flitcroft, the English dock worker who shot the worst round in the history of the British Open. Also with Sally Hawkins, Mark Lewis Jones, Ian Porter, Jake Davies, and Rhys Ifans. 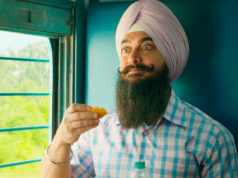 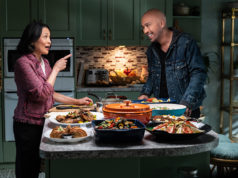 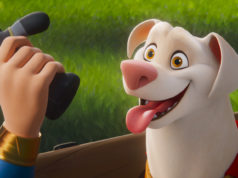