Home News Metro Sex, Politics, and Journalism
SHARE
Facebook
Twitter
A close race between two Fort Worth City Council candidates might have ended differently if the city’s daily newspaper hadn’t gone against protocol and “outed” Louis McBee a week before the May 13 election. McBee is still fuming, and he’s wondering whether the Fort Worth Star-Telegram, which endorsed his opponent, Danny Scarth, crossed the boundaries of ethical journalism by making his sexual orientation a campaign issue. 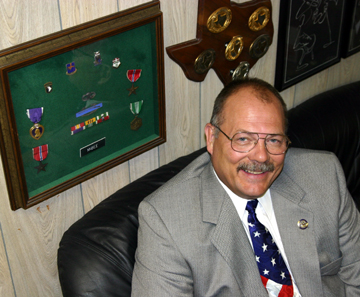 A May 6 article claimed McBee, if elected, “would be the first openly gay council member.” But McBee said nobody at the Star-Telegram ever called to ask if he were gay. And, besides, what did his sexuality matter?

“I don’t think it should have been printed,” he said. “What did that have to do with my qualifications for the job?”

The article was later used as ammunition, with reports that Scarth supporters urged residents to read the article to see the “real difference” between the two candidates. McBee’s sexual orientation was known among his family, friends, and volunteers but wasn’t discussed on the campaign trail.

To his supporters, McBee is a devoted community volunteer, successful business owner, and fiscal conservative who believes in open government — a man who doesn’t kowtow to the city’s kingmakers. Those same qualities made him unpopular among downtown power players, who rallied behind his opponent.

Three weeks before the District 4 city council election, postcards were mailed to some Eastside residents. The crude postcards looked something like a ransom note, with two typed, cut-out sentences pasted onto one side: “City council candidate Louis McBee embraces the homsexual [sic] lifestyle. Is this what you want as an example of leadership for our children?”

One of McBee’s supporters was so outraged by the dirty political tactic that she called the Star-Telegram to complain. Reporter Mike Lee questioned McBee about the postcards but didn’t write an article about them.

“Mike Lee called me about it, and in that conversation, he never asked me or even implied that he knew I was gay,” McBee said. “We talked about the cards; I simply said I didn’t think it was that pervasive, and the cards were only sent to a few people in Woodhaven, and that was the end of the conversation.”

A week later, an article under the headline “District 4 race sees sharp differences” outed McBee as being “openly gay.”

McBee said he has never discussed his sexuality in public forums or in campaign literature. His opponent, Scarth, who is in a wheelchair, didn’t publicly use the information against McBee. Even the Star-Telegram article said Scarth “has not raised that issue in the campaign.”

Yet newspaper editors justified printing the information by saying it had become an issue.

“We mentioned it, as you may have seen, in passing, at the bottom of the story, in context, because it had become a campaign issue with some folks, and we thought it was newsworthy,” Star-Telegram Managing Editor Rex Seline said. “Mr. McBee has not asked for a clarification or correction. If we’re wrong, we would be happy to correct it.”

McBee supporters wondered why the newspaper didn’t discuss the sexuality of other candidates in other races, past and present, who have been gay. They named two candidates who won races on May 13 who are thought to be gay but weren’t outed before the election. Fort Worth Weekly called those two candidates to ask their opinion of the McBee article and for their response to speculation about their sexuality. One candidate didn’t return calls, and the other said, “I can’t believe you called me; I don’t have anything to say.”

The Star-Telegram endorsed the establishment-backed Scarth and gave area homophobes plenty of ammunition against his opponent. McBee supporters wondered why an article outing their candidate didn’t also mention his decade-long resumé of community service or his two tours of duty in Vietnam.

As a young man, McBee served in the 101st Airborne Division from 1967 to 1969. He was twice awarded a Bronze Star and received a Purple Heart for shrapnel wounds in his arms and legs. He and his unit once spent 62 consecutive days in the jungle “looking for Charlie,” he said. But one of his most memorable adventures occurred on his second day in Vietnam. During a firefight, he and another soldier crawled across a hill and manned a machine gun outpost after the gunner was wounded, he said.

“We took over the machine gun, and by default, I carried a machine gun for the next six months,” he said. “When I got out of the service my right shoulder was bigger than my left shoulder for four or five years. That machine gun weighed 64 pounds.”

That act prompted a nomination for a Silver Star, but McBee didn’t get it — a ranking officer said he was too young and dumb to realize the bravery of his action at the time, he recalled with a laugh.

McBee is a man of varied interests and abilities and doesn’t believe his sexual orientation defines him. Still, he said he would have acknowledged his orientation if the Star-Telegram had asked, but he would also have advised that it wasn’t germane to the election and didn’t belong in the story.

After the article appeared, Eastside activist Wanda Conlin and several other McBee supporters met with Seline and another Star-Telegram editor on May 18. The editors stuck by the story.

Conlin, who publishes The Greater Meadowbrook News, accused the Star-Telegram of ignoring its usual policy about reporting on sexual orientation. “They just threw it in there, almost like an afterthought, and they couldn’t tell us why,” she said. “That’s prejudicial, and I’ve never seen the Star-Telegram do that before.”

She recalled the editors saying that McBee campaign workers were suggesting that Scarth couldn’t handle the job in a wheelchair. But McBee and Scarth had run relatively clean campaigns and hadn’t attacked each other in print or in person. Behind the scenes, some people were taking potshots about Scarth being disabled and McBee being gay, but nothing sanctioned by either candidate or their core supporters.

So is someone who acknowledges being gay among family and friends but who doesn’t discuss it in public considered “out”? What constitutes being openly gay? Weekly reporters who have dealt with McBee for years on community issues didn’t know he was gay until reading it in the Star-Telegram.

The National Lesbian & Gay Journalists Association stylebook states that “openly” is usually not a relevant modifier for “gay” but is preferred over “avowed,” “admitted,” “confessed,” or “practicing.” Regardless, the group advises, describing someone as openly gay should be restricted to instances in which the “public awareness of an individual’s sexual orientation is germane.”

McBee’s situation doesn’t appear to qualify, said Eric Hegedus, national president for the group. “His public persona from what I can tell is that he was not gay publicly,” Hegedus said. If the newspaper felt McBee’s sexuality was relevant to the election, the reporter should have asked McBee whether he was gay, he said.

“If there is a story brewing, and it seems like it is something that is important to that story, as journalists we shouldn’t be afraid to ask,” he said. “I find it very interesting that the news came out without asking him. That could raise questions about whether that was the right thing to do or not.”