Home Music Listen Up Janiva Magness
SHARE
Facebook
Twitter
Janiva Magness has the blues. And judging by the low-cut black dress she’s wearing on the cover of her third full-length album, Do I Move You?, this voluptuous veteran with the Julia Roberts smile is as contagious as lust around midnight in a dark bar. 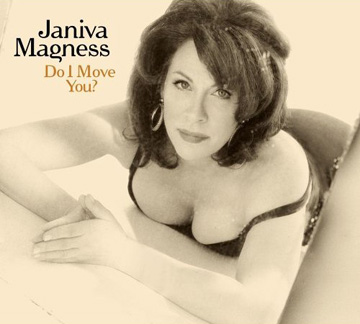 In 11 cover songs that together span slightly less than 42 minutes, Magness celebrates love and heartbreak with a sassy, upbeat, roadhouse attitude that just doesn’t quit. Backed by guitars, bass, organ, and horns, Magness takes possession of other musicians’ songs as if she were born to sing ‘em. Maybe the female artist of the year, winner of the 2006 Blues Music Awards (formerly the W.C. Handy Awards), was.

If her biography is correct, this 50-year-old has about 150 years of experience in the blues. Both of per parents committed suicide, she spent time in a dozen foster homes, and she’s dealt with alcohol and psychiatric problems. A constant through her travails, though, was the music she began to love as a teen-ager.

From the title song by Nina Simone to Magness’ double-entendre take on Ray Batts’ “Stealin’ Sugar,” this self-proclaimed hussy — a woman who, by her own definition, won’t be bound by social conventions — brings a lot of edge to the classics she tackles. She also does fine takes on Delbert McClinton’s “You Were Never Mine” and Willie Dixon’s “Workin’ on Me Baby.”

Janiva Magness and her crack band simply make the blues feel too good to avoid.