Home Music Listen Up Johnny Dowd
SHARE
Facebook
Twitter
One of 2006’s most intriguing discs so far is Johnny Dowd’s Cruel Words, a combination of poetic lyrics and funky rhythms, with synths, organ, bass, and guitar. Even with the music, the performances — half spoken, half sung — owe more to the theater than to traditional singer-with-band-onstage shows. 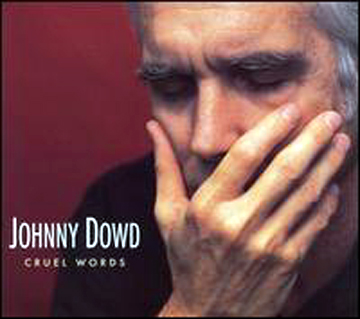 Celebrating cynical existentialism, Dowd brings odd stories to life: a wheelchair-bound veteran who questions the price of loyalty; a cowboy who shoots off his “member” because it’s the root of all his troubles; the suicide of a man whose lipstick-scrawled message on a motel room mirror claims he’s the “King of the Jews” — he lay surrounded by women’s shoes, a Telecaster, and, on the nightstand, an empty notepad.

Fort Worth native Dowd grew up in Pauls Valley, Okla., pretending to be James Brown (circa Live at the Apollo) before moving to Memphis, where he picked up his first guitar and discovered Hank Williams as Luke the Drifter. Mix in bits of free jazz and psychedelia, and you get an idea what Cruel Words sounds like.

The songs occasionally — and purposefully — jangle like shards of glass in a cardboard box. Dowd’s creaky, out-of-breath voice isn’t a lot better, but the sum of the album goes far out and almost touches the ragged edge where interesting things can happen to music and listeners.

Dowd wrote a dozen of the 14 songs here and interprets bandmate and drummer Brian Wilson’s “Wilder than the Wind ‘66” and Chuck Berry’s “Johnny B. Goode.” Dowd and his tight outfit turn the otherwise innocuous JBG into a vaguely ominous threat.

Cruel Words is an aural guided tour through a sideways world where nothing is pretty, it just is. The words and music work so well together that listeners can almost see it.