Home News Metro Super Target
SHARE
Facebook
Twitter
A blue-collar neighborhood that has long been fighting against the Cultural District’s upscale development boom won a round at City Hall recently. Just as important, Linwood residents got the message from city officials that support may be in the works to protect their district of small homes and duplexes next to Montgomery Plaza. 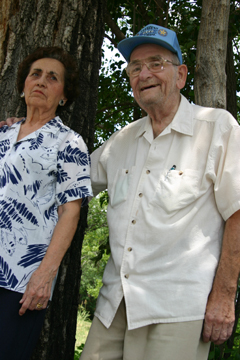 Residents gathered at city hall to combat a request by investor and long-time Linwood resident James Ayres and developer Philip Poole to replace a long block of rental homes, duplexes, and empty lots with a two- or three-story development. There was confusion between Ayres and Poole on what kind of structures would actually be built on the land. Poole proposed to the city a three-story “industrial building,” and Ayres later said he wanted only a few rows of town homes and a coffee shop.

Regardless, the zoning commission turned down the request. Ayres said afterward that he’s going to go look for another developer before trying again. The next step for Linwood residents in their years-long battle to keep development at bay could be to wait for the city to develop a plan, one put together by officials from housing and planning departments with neighborhood help.

However, different factions are pulling the neighborhood in different directions. Some residents support an influx of businesses, while others are committed to keeping it out. Neighborhood association members are going door to door to get signatures on a petition to rollback zoning to single-family residential only. But a significant amount of land in the neighborhood is already in the hands of investors, and the patchwork of existing residential, commercial, and industrial zoning means that apartments, repair shops, and many other commercial businesses could be built without having to get any kind of zoning approval at all.

Zoning commission member Brandy O’Quinn suggested at the zoning meeting that all changes in the neighborhood — whether a rollback to residential or push to commercial — be delayed until city officials can develop a comprehensive plan.

Jesse Sandoval, president of the Neighborhood Association and in favor of the rollback, is pleased. “I think we have a chance now,” he said.

Sandoval is a World War II veteran and has lived in Linwood for 64 years, since he was 16 years old. During the 1949 flood, he lifted his then-4-month-old daughter above his head and pushed through chest-high floodwater in a search for dry land. The 2000 tornado slammed trees into his yard, mangled his roof, and turned his neighbors’ homes into splinters.

Linwood is squared off by White Settlement Road and West Seventh Street to the north and south, and Carroll Street and University Drive to the east and west. Garages, wrecker services, restaurants, bars, and car dealerships bracket Linwood on its north and south sides.

The neighborhood is ideal for its residents because real estate is inexpensive, plenty of bus stops sit along the perimeter, there’s a view of Fort Worth’s western skyline, and Montgomery Plaza is within walking distance. For all the same reasons, the neighborhood is also ideal for developers hungry to cultivate the area.

The houses are humble, mostly one story and painted white or tan (though you may find some pink, teal, and sky blue). Most of them — but not all — have been lovingly cared for and improved over the years.

Reactions to the development that seems to be encroaching on all sides are mixed. Some residents see it as progress, as something that can raise the value of their property. But others see it as a menace to their much-loved community.

Christine Martinez, the Linwood Neighborhood Association’s secretary, grew up down the road from her current home on Carroll Street, where she plans to raise children one day. Martinez is against any development that would tear down homes and bring in retail or commercial buildings. “We need some improvements, but we want to keep it residential,” Martinez said. “Homeowners just need to fix up their houses.”

Ayres, who has lived in Linwood for 41 years and was the first neighborhood association president, has amassed almost all of the land on one block of the neighborhood, the same area on which he currently lives and rents houses. His block, directly across Carroll Street from SuperTarget, already carries an assortment of zoning designations that, according to the city’s zoning guidelines, would allow for duplexes, apartments, book and drug stores, salons, offices, studios, bakeries, animal hospitals, car repair shops, wrecker services, and other establishments.

But Ayres thinks that his property’s current zoning designations aren’t optimal. Speaking on behalf of Ayres at the last zoning commission meeting about a month ago, Poole asked the commission to change the existing zoning of Ayres’ block to low-density mixed-use, which would make planning and construction easier. The developer came to the meeting armed with the signatures of 110 residents — or slightly more than half the total amount of residents in Linwood — in support of his and Ayres’ plan.

His presentation didn’t include any specific designs, but he did say that he and Ayres would meet with the neighborhood association to find what’s best for the land.

Sandoval said that two- and three-story town homes or apartments wouldn’t fit in with Linwood’s one-story character. Residents, he said, “don’t want people looking down at them and watching what they do in their back yards.”

The commission turned down Poole and Ayres’ proposal, and O’Quinn, the zoning commission member whose district includes Linwood, said the city should come up with a long-term plan for the neighborhood that includes mixed-income housing before any rezoning is allowed.

“I’m all about mixed-use,” O’Quinn said. “But these people need to be in the central city near transportation.”

Ayres said later that his plan was not to wedge a mini-Montgomery Plaza on the block but to build town homes, turn a small grassy lot on the corner of Carroll Street and Mercedes Street into a park, and maybe bring in a small coffee shop or restaurant.

The commission’s decision left the door open for Ayres to try to persuade the City Council next Tuesday (July 11) to approve the zoning request. (The zoning commission cannot tell City Council what to do, only provide recommendations.) But Ayres said he is going to pass on the meeting and wait to find another developer with experience in building town homes and present a more detailed plan to the city.

Ayres and Poole said that the current patchwork zoning is a bigger threat to the neighborhood than what the two men were seeking.

“With the current zoning, somebody could go in right now and build a gas station on the corner of that block,” Poole said. “And there’s nothing anyone can do.”

At the meeting, Poole said that 201 lots, or about 64 percent of the neighborhood, are owned by investors. Ayres said that at least 50 of those are owned by three different investment groups and that many investors own 10 lots or less.

Residents who own their homes are getting plenty of offers to buy their homes, and some proposals are as low as $20,000, Martinez said. A few weeks ago, a real estate agent knocked on Martinez’ door and told her that a neighbor across the street was willing to pay $100,000 for her home.

“That isn’t even enough to cover my mortgage,” Martinez said.

With offers that low, residents can’t make a profit and will not have enough money to move to another part of town, she said.

Ayres believes there is a simple solution to the barrage of offers residents are getting. “All you have to do is tell the people to get off the porch,” he said. “You don’t have to sell.”

Sandoval and Martinez both said they aren’t sure where renting residents would move if forced out by development.

“I don’t think anyone would have anywhere to go,” Martinez said. “But if we keep united, it will be OK.”