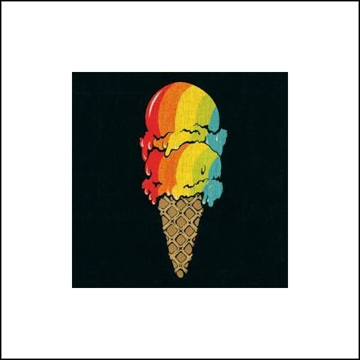 This should surprise no one, since most recent fans became acquainted with the band by witnessing its rigorous opening shows for Franz Ferdinand and Death Cab For Cutie. These Pretty Girls always seemed a bit too stoic to cast their lot with the twisted bubblegum instincts of Franz and Death Cab. They’ve always harbored an affinity for The Slits and The Waitresses without indulging in that much reckless insouciance. But on Elan Vital, they’ve graduated from being CBGB’s showboats to pop-chart aspirants. “The Number” declares the band is still thrashing away at it “because I want and I don’t know what I want but when I want I want it,” a sentiment worthy of the best of Blondie. They also revive Talking Heads’ queer optimism for tunes like “Pictures of a Night Scene” and the invocational “Parade,” which seems dedicated to service workers and indentured servants everywhere. “Pearls on a Plate” manages to sound like some lush Cyndi Lauper ballad as well as a decadent Syd Barrett opus. On Elan Vital, the perils of joining pop and punk seem well-explored, to good and not-so-good effect. — Jimmy Fowler