Home Music Listen Up Dirty Dozen Brass Band
SHARE
Facebook
Twitter
On What’s Going On, the Dirty Dozen Brass Band applies its unique mix of soul, hip-hop, and New Orleans-style funk to a classic R&B album to make a statement on Hurricane Katrina. The inspired, similarly named remake of Marvin Gaye’s landmark record proves that his 35-year-old masterstroke has lost none of its relevance. Apparently, ruminations on loss, the culture at large, the environment, and humanity’s struggles never go out of style. 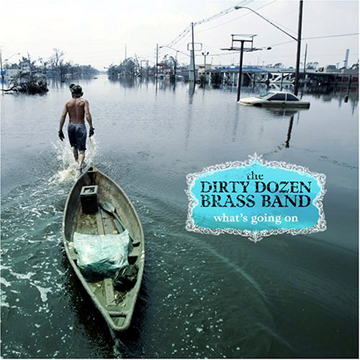 Scheduled to hit record stores later this month, near the one-year anniversary of the flood that almost entirely destroyed the Crescent City, this re-imaging has a jazz base but goes off on all kinds of diverse musical tangents. Including contributions from Ivan Neville, Public Enemy’s Chuck D, soul singer Bettye LaVette, blues/R&B/rap performer G. Love, and jazz-rap fusion artist Guru, What’s Going On has a sound that’s more contemplative than bitter. There’s also a degree of poetic license on display here, as the Dirty Dozen takes liberties with the title song’s lyrics to tie it to Katrina and has added new words to the closer, “Inner City Blues.” Similarly, “Mercy Mercy Me” is more accusatory than the woebegone original.

A portion of the proceeds will be donated to Tipitina’s Foundation, an organization that benefits New Orleans musicians. In addition to myriad other services, the nonprofit provides legal, accounting, and housing assistance. More than half a million dollars’ worth of instruments have already been collected and distributed by the foundation.

Gaye’s original was the result of his threat that his label, Motown Records, release either the album or him. His strong-arming inspired other singer-songwriters to take charge of their careers rather than let labels run the show. During a family dispute more than 20 years ago, Gaye was killed by his father, a fundamentalist Christian preacher, lending sad credence to the old adage that no good deed goes unpunished.