Home Music Listen Up Valient Thorr
SHARE
Facebook
Twitter
Remember nü metal, that genre of suck-ass Jock Jam bands like Korn and Godsmack? When they weren’t busy making huge, multi-zippered, idiot-pants fashionable, they were supposedly breathing life into the tired, leathery lungs of good ol’ fashioned, regular metal. What they really did was ruin all that’s cool and dangerous about hard rock, in a much more damnable way than anything ever perpetuated by Sammy Hagar. In other words, they sucked the fun right out of it. 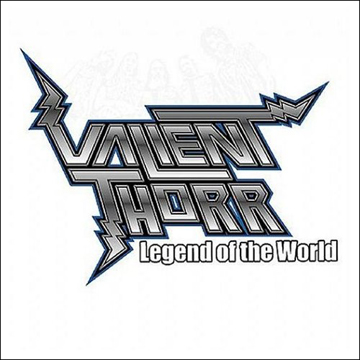 Fortunately, a handful of bands have managed to right the metal ship through their own sweat, toil, and blistering arpeggios. You’ve probably heard about Wolf Mother, crazy Aussies who by fusing stoner rock with prog-pop achieve fuzzed-out glory. Perhaps you’ve discovered New York’s Early Man on MySpace and added them as a friend because they sound like a pissed-off Mercyful Fate. If you’re lucky, you’ve seen The Sword, four Austinites who out-Sabbath Sabbath, making wolves and cursed blades the coolest hipster trend since PBR and Burt Reynolds mustaches. If you nodded your head to any of the above groups, load your bong and cue up Legend of the World, the second album by Valient Thorr.

Supposedly from Venus by way of North Carolina (which makes perfect sense if you think about it), Valient Thorr has a backstory that involves a stolen time machine or something. Mostly, it’s amazing nonsense, but not as amazing as their serious devotion to anti-war politics and southern-rock riffage.

Legend of the World opens up with the bombastic stomp of “Heatseeker,” a paranoid middle-finger to government intrusion, shouted by frontman Valient Himself over speedball blues riffs that sound as if they were made to chain someone to a nuclear missile. From there, it’s pretty obvious what the rest of the album is gonna sound like: Imagine a leftist punk singer backed by four heshers who’d rather be playing Skynyrd songs. If not for repeated slashes at Dubya’s foreign policy, you’d swear this album came out 30 years ago. It makes you want to buy a case of the beer your old man used to drink.

Unfortunately, a lot of Legend blends together, especially if you aren’t a fan of the solos-in-lieu-of-choruses formula brewed back in the early ‘70s. The riffs are righteous: Guitarists Odinn and Eiden Thorr shred in laser-perfect, synchronized harmony that wouldn’t be out of place on an Iron Maiden album, but because it’s everywhere, the playing starts to become indistinguishable. Same for Himself’s earnest sermonizing, which is a bummer, because he wants to end the war in Iraq and clean up the planet. Why Venutian Vikings give a crap about American foreign policy is never explained, but at least somebody cares about this stuff. Add a song about the destruction of the primeval world (“Fall of Pangea”), and you’ve got a 200-proof party on wax.

Simply put, Legend of the World is the aural equivalent of a shot-gunning a six-pack of Schaeffer’s — it goes down easy and rocks hard. Your head might hurt later, but that’s the beauty of it. Rock ‘n’ roll that doesn’t kick your ass a little is kinda lame. Luckily, Valient Thorr will kick your ass all the way back to ‘76.