Featuring local ’60s-era psych-garage-pop giants such as The Elite, The Mods, The Gnats, The Cynics, The Nomads (and you thought The Strokes, The Vines, and The Hives were original!), and others, the collection of several dozen tracks makes a strong case for unassuming Cowtown as a serious force in shaping non-mainstream rock ‘n’ roll as we know it. Shortly after the collection’s release, selected tracks appeared in regular rotation on WFMU/90.1-FM, New York City’s most legendary and influential public radio station. The significance of the collection was bolstered by reams of newsprint, and the ripple effect continues.

This Sunday, musicians from a half-dozen past local teen scene outfits will gather for the Fourth Annual Trinity Park Reunion, a get-together produced by the local do-gooders at Music and Arts A-Go-Go and whose proceeds will beneft the Tarrant Area Food Bank. The locale is certainly apt. It’s where Fort Worth flower children began to gather at the height of the Summer of Love to watch groovy cats perform on the park’s shell-shaped stage. Players this Sunday include Bill Ham, Eddie Deaton, Kat Daddy, and others. The event is free, but donations are encouraged. Visit http://teen-a-go-go.com/.

… In honor of The Theater Fire, reigning benevolent monarchs of Hipsterville, several devoted subjects have created short films to accompany songs from TTF’s most recent c.d., Everybody Has a Dark Side, 2006 Fort Worth Weekly Music Awards winner for Album of the Year. (The track “These Tears Could Rust a Train” won Song of the Year.) On Friday at Lakewood Theater in Dallas (1825 Greenville Ave.; 817-253-6114), all 16 shorts will be screened, beginning at 9 p.m. Admission is $10.

… Legendary jazz saxophonist Ornette Coleman was born here, and I came across some words of his that I thought I’d share with y’all. In a late-September interview with New York Times jazz critic Ben Ratliff, Coleman riffs on music, his own and in general. “There is no bad music, only bad performances,” Coleman tells Ratliff. As for adhering to a single “style,” he says, “The state of surviving in music is more like, ‘What music are you playing?,’ but music isn’t a style. It’s an idea. The idea of music, without it being a style – I don’t hear that much anymore.

… To me, an idea doesn’t have any master.” Coleman, whose live album Sound Grammar was just released, doesn’t understand how listeners will “ever properly understand the power of notes,” Ratliff writes, when listeners are “bossed around” by the Western system. Cacophony, Coleman says, is not the answer. The example he provides: Louis Armstrong. “When he played a high note, it was the finale. It wasn’t just because it was high. In some way, he was telling more stories than improvising” would have. Currently, in preparation for a European tour, Coleman is writing new pieces, and he is “trying to write without any restrictions of chord, keys, time, melody, and harmony, but to resolve the idea eternally, where every person receives the same quality from it, without relating it to one person.” 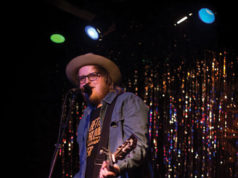