Home Music The Show The Great Tyrant
SHARE
Facebook
Twitter
Like pimpin’, in the immortal words of Big Daddy Kane, noir prog-rock ain’t easy. One intentionally ironic note or pose could turn an entire song — possibly an entire performance — into shtick. But when taking an artistic cue from B-movies, Southern Gothic potboilers, and The Crazy World of Arthur Brown, there has to be some levity. The balance is tricky, and not many bands can pull it off. Fact is, not many want to. Achieving the perfect aesthetic alchemy is, evidently, just too damn hard. 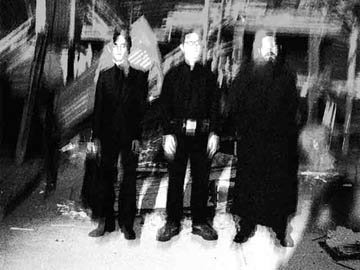 Which is why guys like singer/keyboardist Daron Beck (ex-Pointy Shoe Factory) and two Yeti members, drummer Jon Teague and bassist Tommy Atkins, are around to meet the challenge as the rest of the scene sucks on the bloated teat of easy-to-categorize genre music. As The Great Tyrant, the trio not only hews to traditionally schizo gallows-prog arrangements, lyrics, and instrumentation but manages to sound unique and not so freakin’ self-serious in the process. The band’s timbre alone could stump a music theory class. Though Atkins’ fuzzy ax bubbles and hums, and Teague’s skins roll, snap, and chime (he’s a master cymbalist and percussionist, the polar opposite of a crude basher), the rhythms are lighter than air. Similarly, even when Beck reaches down deep to summon an über-masculine baritone or hammers his organ, he merely suggests dissonance. He never overtly states it. He never throws a song off.

The Great Tyrant will release a 7-inch soon on local indie Dada Drumming. In addition to several other heavy experimental outfits, the band is also contributing a song to a Magma tribute album. The record is scheduled for a late 2007 release. Visit MySpace.com/thegreattyrant. 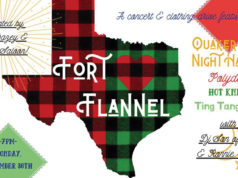