Home News Metro The Voltage Toll
SHARE
Facebook
Twitter
Deaths in Texas following the use of Tasers by police are continuing to mount — and so are the legal, medical, and citizen-group challenges to use of the 50,000-volt weapons. 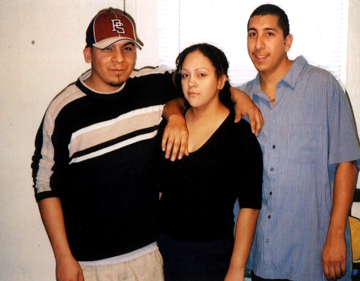 Following recent deaths in Fort Worth and Houston, the total number of people who have died in Texas after taserings is now 16, according to Debbie Russell, a consultant to the Police Accountability Project being run by the ACLU in Texas.

On Aug. 23, Noah Lopez became the fifth Fort Worth resident to die after being tasered by police. The 25-year-old died five days after he’d been tasered at least twice. In Houston, Herman Carroll, 31, became the third person so far this year to die following Taser use by the Harris County Sheriff’s Department.

Lopez was tasered after a bizarre series of events that unfolded on July 18 in East Fort Worth. According to witnesses, Lopez, a 5’ 7”, 198-pounder whose only criminal record was a misdemeanor for breaking a car window several years ago, jumped into the back of a moving pickup truck on the 3600 block of Howard Street and began to kick out the rear window. The driver stopped the truck and fled on foot, while Lopez climbed through the window, cutting his hands, and then drove off.

At the corner of Howard and Wichita, Lopez slammed into the rear of a Ford Explorer, pushing the SUV into Wichita Street, where it was hit by another vehicle, severely injuring two of the Explorer’s passengers. Lopez fled the pickup, flagged down passing motorists, and, according to witnesses, tried twice to get into vehicles that stopped for the bleeding man. Both cars drove off. Lopez was then hit and knocked to the ground by a fast-moving car whose driver didn’t stop. Lopez got up and began running away, but collapsed not far from the accident scene.

His bizarre behavior continued even after emergency medical attendants arrived and placed him on a gurney. According to police, he started kicking at police officers and EMTs. It was then that police officers hit him twice with Tasers applied directly to his body.

The medical technicians, fearing that Lopez was already suffering from a condition called hypoxia, asked police to stop the tasering. Lopez calmed down, then sank into a coma from which he never recovered. He died five days later at John Peter Smith Hospital.

In Harris County, a deputy working on a contract basis for the Harris County Sheriff’s Department saw Carroll behaving suspiciously near a cluster of mailboxes in a housing development that has recently been plagued with mailbox thefts.

When the deputy approached, Carroll ran down the street and ducked into a house belonging to his sister. The deputy followed and tried to arrest him. According to Harris County Sheriff’s Department spokesman Lt. John Martin, the deputy tasered Carroll but “it had no effect on him.” When additional officers arrived, one jolted Carroll with a Taser again, and a second one used his baton on the man, who was still struggling.

“There were at least five deputies trying to restrain him, and they were unable to,” Martin told Fort Worth Weekly. “They described Carroll, who was 5’ 11” and weighed 180 pounds, as having superhuman strength.”

When Carroll was finally handcuffed, an EMS crew, Martin said, “found Carroll unresponsive.” He was declared dead shortly after being taken to a local hospital.

Toxicology reports are pending in both the Lopez and Carroll deaths. Martin said that, in Carroll’s case, he expects to be told that the man had taken illegal drugs. “That’s generally what you find in persons displaying that kind of strength,” he said.

A lawyer for the Lopez family said he suspects drugs will be found in the blood of the Fort Worth man as well. But Domingo Garcia, national civil rights chairman for Legal United Latin American Citizens (LULAC), said that, even if drugs are found, and despite Lopez’ violent behavior, the police were still wrong to use their electric-charge weapons on him.

“The police basically used their Tasers as a tranquilizer gun on him. And there is no excuse for that. And I think that there is a pattern of abuse by the Fort Worth Police Department with regard to these weapons,” Garcia said. “The number of fatalities and serious injuries that have occurred with Tasers continues to grow daily.”

Hector Carillo, a long-time local activist and the district director for LULAC, said he also believes there is evidence of a pattern of Taser abuse by Fort Worth police. “I suspect we will see that there is a pattern of profiling in Fort Worth. I believe we will see that blacks and Latinos are regularly subject to Taser use considerably more than whites,” he said. “Look at the Austin report. I think we’ll get a similar picture here.”

That 2005 report, examining patterns of Taser use in the state capital, was done by the Austin People’s Legal Collective, an organization dedicated to educating people about their civil rights and providing legal support and information to activists. According to the report, 67 percent of those tasered by Austin police were people of color, and fewer than one percent of them possessed a firearm at the time of the incident.

The APLC report concluded that the weapons “are being used irresponsibly by police,” and the group urged creation of a civilian program to oversee Taser use. “Barring that, we urge an immediate moratorium on Taser use,” the report concluded.

Debbie Russell, who has worked with the Austin group and also for the ACLU of Texas, said neither of the recommendations was accepted by the Austin City Council. “But since the report, police are reporting using their Taser weapons less frequently,” she said. “The Austin Police Department knows it’s being watched and is behaving accordingly.”

Though none of the deaths that have occurred in Texas following the use of a Taser has been directly attributed to the weapons, two medical examiners’ reports, one in Chicago in 2005 and one in South Carolina in 2004, cited “electrocution by Taser” as the cause of death. A lawsuit has been filed against the weapon’s manufacturer, TASER International, in the Chicago death.

Locally, the mother of one Taser victim filed suit against the company in August, on the one-year anniversary of her son’s death. Rhonda Short, mother of Kevin Omas, who died in Euless last year not long after being shot three times with a Taser, is suing TASER International, six Euless police officers, and the City of Euless. Omas, 17, had taken the dance drug Ecstasy and was behaving oddly early one morning in a schoolyard. His brother called the police requesting an ambulance. Police arrived first and reported that Omas was dressed only in his shorts and socks and shouting, “I am God.”

Police said the 250-pound young man refused police orders to stay on the ground and ran toward the officer who was holding the Taser. Omas was jolted three times before being handcuffed. En route to the hospital, paramedics administered Haldol, an antipsychotic, and Omas slipped into a coma. He died two days later.

The Tarrant County Medical Examiner’s office listed the official cause of death as an often-fatal condition brought on by the interaction of the Haldol and the Ecstasy in Omas’ system.