Home Music Listen Up Waylon Jennings
SHARE
Facebook
Twitter
Longtime Waylon fans remember his first starring role on the Silver Screen, in a 1966 movie in which he portrayed an up-and-coming singer. Yet looking back on those Nashville Rebel days, you don’t see a man all that rebellious. 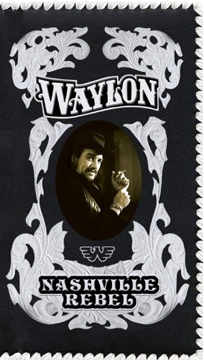 He wore a suit and tie, slicked back his hair, and said “yes ma’am” and “no ma’am” like the good West Texas boy he was. His truly rebellious years came a decade later, when he and Willie Nelson popularized Outlaw music and its cocaine-fueled lifestyle. Jennings bucked the RCA production team that oversaw his early albums, demanded control of his sound, and broke the studio system that gripped Music City. His mutiny led to a remarkable string of great albums in the mid-1970s — Lonesome, On’ry and Mean, Honky Tonk Heroes, This Time, and the classic Ramblin’ Man. The power of his voice, his foreboding persona, and his songs were something to behold back then. By the 1980s, however, the writing quality dipped and his records became dulled by an overabundance of bass and predictability. Looking back, his earlier Nashville work holds up better than his later stuff, which makes this four-c.d. box set a treasure. The first two discs cover the years from 1958 to 1974 and are chock full of re-mastered wonderfulness from a time when Chet Atkins still controlled the RCA sound and Jennings was choosing jewels from Music City’s best songwriters, such as Harlan Howard, Mel Tillis, and Red Lane. Disc Three covers the standard Outlaw hits, remakes like “T For Texas,” and his thump-thump period characterized by “Are You Ready For The Country” and “I’ve Always Been Crazy.” It’s the most familiar of the four discs, but it still packs some wallops, such as “Come With Me.” Disc Four lovingly caps this collection with an assortment of duets, performed with wife Jessi Colter, Hank Williams Jr., Johnny Cash, and, of course, Nelson, who sang with Waylon better than anybody. People who loved Waylon get goose bumps when they hear the album’s final song, “I Do Believe,” written and recorded late in his career and showing a man coming to grips with his fate and his hard-to define spirituality. It’s the perfect finale. Fans who bought the 1993 two-disc box set, Only Daddy That’ll Walk The Line: The RCA Years might be frustrated by the number of repeat songs on this new compilation, but it’s hard to imagine a better retrospective of Jennings’ career than the 92-song Nashville Rebel.