Home News Metro The Tempest and the Teapot
SHARE
Facebook
Twitter
A series of incendiary e-mail letters written by Tarrant County District Clerk Tom Wilder to longtime criminal District Court Judge Sharen Wilson last month threatened to become a tempest inside the Tarrant County courthouse, but Wilson’s handling of the situation seems to have reduced the brouhaha to little more than a political squall. 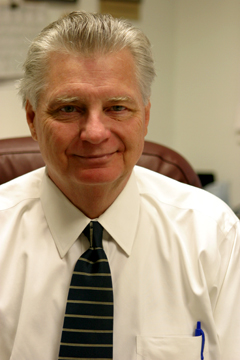 The e-mails, sent to several high-ranking local judges and politicos, accused Wilson of trying to undermine Wilder’s ability to collect court fees, a normal duty of the district clerk’s office. Wilson denied the charge. But the e-mails are only the latest in a string of incidents involving Wilder that have many insiders shaking their heads and wondering whether his personal style is beginning to take a toll on his effectiveness.

“When you mix paranoia with narcissism and aggression,” said one former friend of the district clerk, “you have quite a political animal. And that’s Tom Wilder.”

The story provides a lesson in insider politics and a glimpse into Wilder’s thinking. The longtime Republican mover and shaker may have modernized many operations of the district clerk’s office, but politically he remains an old-style ward politician, doling out favors to political allies and, according to many, wreaking retribution on those he views as political adversaries.

The Texas Legislature in 2005 required every county in the state, as well as several large cities, to devise a plan to improve the collection of court fees. County Administrator G.K. Maenius, who chaired the committee that came up with the local plan, explained that, under the current system, fees — fines and assessed “court costs” — are collected differently in Tarrant’s district, county, and justice of the peace courts. In the eight JP courts, he said, the individual justices and their clerks are responsible. The county clerk does it for the county courts, and in criminal district courts, the monies are collected either by the district clerk or the probation department.

What appears to have set Wilder off was that, in moving forward on the legislative mandate in early May, the committee explored the possibility of a combined collection process, “where we’d have a single entity collect for all the courts,” Maenius said.

But that idea was dropped. The plan submitted to the commissioners court and approved on May 30 left county court collections alone, called for creation of a central collection point for all the JP courts, and proposed shifting more fee-collection duties in the district courts from the probation office to the district clerk.

The plan looked like one that would make Wilder happy. But on Nov. 6, more than five months after the commissioners approved the plan, Wilder sent a hair-on-fire e-mail to 24 judges and other Tarrant County officials. “It has come to my attention that an attempt will be made to usurp the statutory authority of the District Clerk regarding the collection of fines and court costs which is being headed by Judge Sharen Wilson and [Court Administrator] Clete McAlister,” he wrote. “This plan would vest these duties with the County Clerk which is in direct conflict with the approved plan authorized by the Commissioners Court. …

“Now, some people who have personal agendas are attempting to interfere in the duties of my office as prescribed by the Texas Legislature at extra cost to the taxpayer. Be it known that I will vigorously oppose any such plan in a court of law or the court of public opinion.”

That same day Wilson wrote back to Wilder and the other 23 recipients: “To all addressed: I would respond if I knew what in the world this is about.”

A few minutes later, Wilder shot back to Wilson: “You mentioned this in a previous criminal judges meeting and are promoting it privately. I reiterate my intention to oppose it if it comes forth to the county.”

Wilson wrote again. “I deny each and every allegation,” she said. “My only statements, publicly or privately, about [the bill mandating improvements in fee collection] are that the judges and criminal defense attorneys need to be briefed on the law and Tarrant County’s response … .”

Wilder wasn’t mollified. In the last e-mail in the exchange, he wrote that the idea of limiting his office’s fee collection duties was “advocated by you in the presence of my staff and I. Subsequently I have hard evidence that your court administrator, Clete McAlister, advocated this idea and disparaged the collection efforts and capabilities of my department to the county administrator on May 25.”

Why the tempest? Bobby Cook, a CPA whose job in the district clerk’s office was recently eliminated, allegedly in a move to streamline the staff after Cook supported Wilder’s political opponent, said his former boss is known for “equating fee collection with power.”

Was Wilder correct in his allegations that she wanted to change the fee-collecting powers of the district clerk’s office? “Heavens no,” Wilson told Fort Worth Weekly with a laugh. She wouldn’t comment on why Wilder might think she was undermining him. “Mr. Wilder has done some very good things in his time as district clerk,” she said.

Wilder was equally vague. What was the “hard evidence” that McAlister was pushing to strip him of his collections powers? “I am not going to get into that. I’m happy with the collection plan drawn up by the commissioners,” he said.

McAlister, who worked in the district clerk’s office from 1988, before Wilder’s election, until November 2005, when he took the court administrator job, said Wilder had no reason to be upset. “The law is clear that it is the job of the district clerk to collect these fees and court costs. Unless the law is changed, no one can take that away from Wilder unless he voluntarily chooses to give up that responsibility,” McAlister said.

The Nov. 6 e-mails are just the most recent case of Wilder stepping on toes in the political dance. Two other incidents earlier this year also drew criticism.

The first incident happened after Wilder’s longtime employee Pete Hinojosa, the district clerk’s civil division manager, ran against him in the Republican primary. Cook helped run Hinojosa’s campaign. Hinojosa lost, and two months later both Hinojosa and Cook, along with Cruz Hernandez, the district clerk’s record manager, were told their jobs were being deleted in an effort to streamline the staff.

“Basically, our jobs were eliminated because I ran against him, Bobby Cook backed me, and Cruz Hernandez, who had backed Wilder in the past, took no side this time around,” Hinojosa told the Weekly. “It was Wilder’s way of saying ‘you opposed me, now this is what’s going to happen.’”

Wilder said the move saved the county $240,000, even after the hiring of four new clerks, but Hinojosa is skeptical. “Wilder has increased his budget for part-time workers by 1,300 percent in the last 12 years. What fiscal conservative does that?” he asked. “And who is he hiring? Judges’ relatives, friends, anybody who he wants to curry favor with and who will later owe him a favor. And that’s probably going to increase now.”

Cook said he knew he’d be fired or somehow eliminated for backing Hinojosa, but that was a price he was willing to pay. “It just got to the point where I was having difficulty working with him. … He is a micro-micro- manager. He would involve himself in nearly all the accounting decisions I made, and he’d win most of them because he was the boss.”

When Wilder would “insist on doing things that simply weren’t the way accountants do them,” Cook said, he would write “as per Tom Wilder” on the document. “That would drive him crazy,” he said.

Cook’s position of certified public accountant was created in 1992 after the district clerk’s office received a large insurance settlement check from an Oklahoma insurance company. The office disbursed nearly $300,000 worth of it before discovering that the insurance company had filed for bankruptcy and the check was no good, leaving county residents stuck with the tab. Since the CPA position has now been eliminated, Cook said, there is no longer anyone in the office to keep something like that from happening again.

“There’s a lot of money coming into the general checking account, and you want to control temptation,” Cook explained. “My job was to put controls in place that would keep honest people honest.”

Wilder has said he’d planned to eliminate the three managerial jobs (along with a fourth that was vacant) months prior to the primary.

Cook is also upset that, after he was fired, he and McAlister were blamed by Wilder for a glitch in a routine audit of the district clerk’s general checking account. At issue were monies collected to pay for court papers to be served by the sheriff’s or constables’ offices.

The money is paid by parties to court actions, to cover the costs of serving documents such as subpoenas. The fees are initially collected by the district clerk’s office and eventually transferred to whichever agency serves the papers. But not all papers get served, and over time, a balance of several million dollars accumulated in the account.

When Wilder took office, he assigned a clerk to move the money to where it belonged, Cook said. “The money was reduced from several milllion to $300,000 or $400,000, and we were never going to get it lower than that because it came in so long ago.”

Over the years, Cook said, the county auditor usually ignored the money left in the account because “Nobody wanted to put a black mark on the district clerk for something he had no control over” — until last year. “A new employee with the auditor’s office came in who was real sharp, and she asked, ‘Why can’t you explain this extra money?’ I told her it had always been there, that Wilder knew about it, that the county auditor knew about it, that everyone knew about it.”

But the new auditor brought it up to her boss, McAlister said, “and suddenly the auditor’s office didn’t know anything about it. And no one else did either.” That led the commissioners to ask Wilder for an explanation. Wilder, instead of reminding commissioners that he’d greatly reduced the balance in the account and that everyone knew about the remaining funds, said that he knew nothing of it.

“In his statement to the commissioners on Oct. 17,” McAlister said, “Mr. Wilder said that his top two former managers — myself and Bobby Cook — had ‘withheld from my knowledge information about the general accounting balance.’”

Both Cook and McAlister were stunned. Wilder had not only been warned that the practice of pre-collecting monies should be stopped, but he had received a report on the funds every month since he took office, they said.

The day after Wilder’s statement to the commissioners, McAlister fired off a letter to County Judge Tom Vandergriff and all of the commissioners. “I think I should answer the charges lest they be given any credence. Mr. Wilder’s claims are false,” he wrote. “Any false representation that was made to the Tarrant County auditor or to the Commissioners Court were made by Mr. Wilder, not me.” McAlister told the Weekly he wrote the letter because Wilder “was also saying the same things to the judges who appoint me.”

Wilder declined to comment in detail. “This is just political opponents trying to stir up controversy where there is none,” he said.

The response, of course, comes from a master of the stir stick.