Home Music Listen Up Ben Folds
SHARE
Facebook
Twitter
Humorous pianist-popster Ben Folds became critical darling when he broke out in the early 1990s with his trio, appropriately and oddly named the Ben Folds Five. In the late 1990s, he made his initial foray into solo work, 1998’s collaboration with William “Capt. Kirk” Shatner, Fear of Pop. He didn’t officially go solo until about five years ago, with Rockin’ the Suburbs. 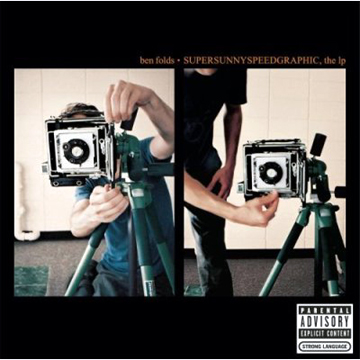 Before releasing last year’s subdued, mature Songs for Silverman, Folds dropped a live album and a slew of relatively obscure e.p.’s. Supersunnyspeedgraphic collects his hard-to-find work and amazingly seems somewhat cohesive. When it comes to taking another artist’s song and turning it on its head, Folds is a master. His version of Dr. Dre and Snoop Dogg’s “Bitches Ain’t Shit” makes you wonder how the two gangstas could have rapped some of their lyrics with a straight face. On the other hand, Folds transcends the poignancy in Divine Comedy’s “Songs of Love.” (Missing, however, is Folds’ take on the Postal Service’s “Such Great Heights,” a fan favorite.)

Some of the singer-songwriter’s lesser-known originals act as nice companion pieces to his popular tunes. The current live staple “There’s Always Someone Cooler Than You” joins a host of Folds gems about balancing reality with self-esteem, all in good fun, of course. Also included is “Bruised,” just a taste of the collaboration between Folds and two fellow tourmates, the Bens — Kweller and Lee — protégés of the elder statesman of emotional and funny power pop. Supersunnyspeedgraphic will renew faith in the aging singer’s creativity, but it will ultimately generate a longing for the piano man’s next concerted studio effort.