Home Music Listen Up Dale Watson
SHARE
Facebook
Twitter
About 10 years ago, at a Texas Music festival that featured a dozen bands, the musical group that interested me most was Shaver — back when Billy Joe’s son, Eddy, was playing all those tasty chops on guitar. 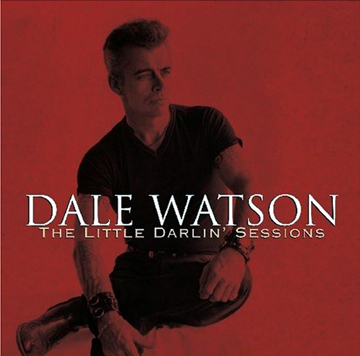 However, the act that stole the show was Dale Watson, a retro-country music singer with a skinny frame, greased-back 1950s pompadour, pearl-snap shirt with the sleeves cut off, tattooed arms, a battered Telecaster, and a deep baritone voice reminiscent of Johnny Bush. His honkytonk vibe was so intense that even old hippies in sandals and cut-offs couldn’t help but begin two-stepping in a grassy field. So imagine the boot scootin’ that’s going to happen this Saturday when Watson and his band visit one of the oldest and most authentic dancehalls around. He’s touring on the heels of two recent albums, including the controversial Little Darlin’ Sessions, which Watson has denounced. The project sounded like a dream — Watson playing timeless tunes originally released on the Little Darlin’ label way back in the day (a young Johnny Paycheck was the label’s biggest artist).

Label founder Aubrey Mayhew came out of retirement to produce it, and veteran players such as Lloyd Green and Hargus “Pig” Robbins were recruited. But something went awry. Watson hated the production (or lack thereof) and complained about the result on his web site recently, describing the album as a glorified demo of “unfinished roughs” and equivalent “to me doing karaoke.” He is protesting its release. The production is spare, the mix quirky, the vocals unadorned, and the musicians ended up laying down tracks in one take without a chance to correct mistakes. Still, Sessions is a helluva fun ride. The songs are classic honkytonk, and the half-assed production adds to the project’s rough-and-tumble feel. A drunkard hits bottom on “The Pint of No Return.” A cuckold gets even after meeting the man boinking his wife in “He Thought He’d Die Laughing (and He Did).” A reformed boozer finds peace in “I Don’t Need A Bottle,” which includes these lines directed at his Mama: “Lord knows she’d be so proud / Because I don’t need a bottle to sleep like a baby now.” A Watson fan said it best in a recent documentary: “Son, you play country like country was when country was country.” Sat at Stagecoach Ballroom, 2516 E Belknap St, FW. $10. 817-831-2261.-Jeff Prince