Home Music Listen Up Glen Reynolds
SHARE
Facebook
Twitter
If you go to MySpace.com/Chomsky, you’ll find info on MIT’s resident geopolitical provocateur Noam Chomsky instead of Chomsky, the Denton garage-rock outfit that, between 1998 and 2002, sat atop the heap of North Texas indie bands. 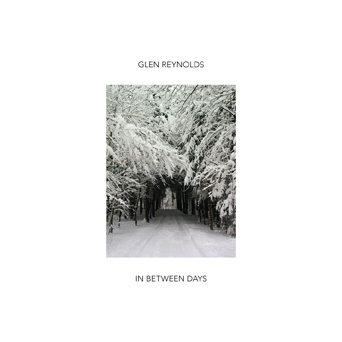 All of that success was prominently due to guitarist-songwriter-singer Glen Reynolds, who added a Wilco-ish concern for harmony, melody, and layered, sweet-rock sensibilities that chafed (or tempered, depending) the band’s penchant for raw noisemaking. There’s plenty of sonic mischief, shaken with a liberal dose of honey-flavored Byrds-Monkees hooks, on Reynolds’ solo debut, In Between Days. Reynolds admits an interest in masculine vulnerability. His bandmates include bassist Chris Holte, drummer Pete Young, and a co-guitarist Marc Daigle — all three of them know how to sing, and with Reynolds they mix their male vocalismo into a deep bank of poignant yearning.

The album could be summed up as a collection of Oasis-style forays into drum-heavy guy-pop that caramelize into Coldplay-ish stargazing. “I Feel Love” is not a remake of the Donna Summer-Giorgio Moroder disco anthem but a sunflower-faced embrace of the connection between the natural world and natural love. “I’ve Seen the Blueprints” is a heavy, tempo-shifting rocker that twists Reynolds’ lead vocals into a syrupy daisy-chain backed by chugging electric rhythm guitar. The solemn, stately “Hitchhike to Nowhere” finds Reynolds and Co. comfortably numb in a cotton blanket of ooh-ooh’s, everything wrapped around a lament: “The day that I left home / I swore I’d be alone / The nations I have roamed / Will have to search a long, long time / Before I’m home.” With a song titled “You’re Not Alone,” In Between Days is one of those rare c.d.’s that sounds like a friend holding your hand through the highs and heartbreaks of dangerous romance. The intimacy that Glen Reynolds indulges in here is equally dangerous but also cathartic and radiant.