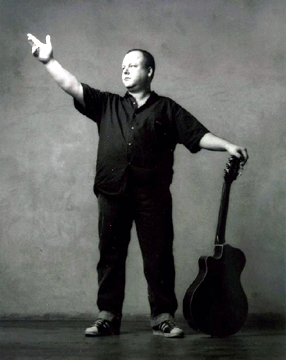 On opener “Captain Patsy,” Francis sings of the fighter pilot who likes to be in the here and now and who likes “the rattle of the melting gun.” On the closer, the title track, Francis sings of someone who takes responsibility for his or her own decisions. In between, the album is filled with straightforward lyrics and music, and a screw-’em-all attitude. Black says he was inspired to make Bluefinger by the spirit of Herman Brood, a famous Dutch musician and painter also known for his lifestyle of sex, drugs, and rock ’n’ roll. He committed suicide when he was 54 by jumping off the roof of the Hilton Hotel in Amsterdam.

The philosophy of nihilism posits that the world has no objective purpose, truth, or value, meaning that no action has any more or less value than any other. It is often used as an excuse for reckless self-indulgence, hip cynicism, and, for some odd reason, an explanation for depression. Bluefinger’s 11 songs — 10 by Black and one by Brood — roam through fear, youthful resistance, lust, and something like love. Is there any real happiness in it? Do any of the songs have any future? Not that they necessarily need to. If you play it, play it loud.-Tom Geddie