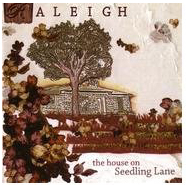 Also, frontman/vocalist Josh King is one of the nicest and most unassuming local musos you’ll ever meet — but maybe that’s because he’s got a li’l something up his sleeve: namely, his band’s brilliant new album, The House On Seedling Lane.
Recorded at Raleigh’s home studio and mixed at Bass Propulsion Laboratories by Stuart Sikes (The White Stripes, Collin Herring), the band’s debut full-length c.d. is gorgeously textured and layered, everything bedded down by haunting melodies that echo indie gods like Elliott Smith and The Shins. That’s not to say that Seedling Lane is a retread of good things that have come before, although at times it does borrow liberally from some of its influences. There is a strong thread of originality woven judiciously throughout. It’s ushered along by several guest musicians, including TCU alum Sally Glass (on keys and harmony vocals) and quirky instrumentation, including trumpets, trombones, violas, and xylophones.

King shares songwriting duties with guitarist/vocalist Amber Farris, whose work, though more heavy-handed and bluesy, never feels out of place. Still, King’s songs are the gems here, musically and lyrically. From “Judy”: “Between my ears I drew these lines / Between our thoughts of days that die.” And from the title track: “It’s gonna be the last thing I say / At the house on Seedling Lane / Our future described, intertwined, and arranged.” Occasionally, despite the technical and artistic virtuosity on display, King and Co. do make a few musical missteps, but that’s a minor quibble. The album’s brightest moments are undoubtedly the third cut, “Post Script,” a beautiful waltz, and “The Ahh Song,” with its funeral procession-style intro, complete with slightly out-of-tune horns. Fans of melodic rock that’s both mellow and upbeat should certainly pay a visit to The House on Seedling Lane.-Joshua Loewen