Home Music Listen Up Little Texas
SHARE
Facebook
Twitter
In 1997, I attended Little Texas’ farewell concert at Billy Bob’s Texas and witnessed a good but not great performance by an overblown group of country rockers with more ’tude than talent. 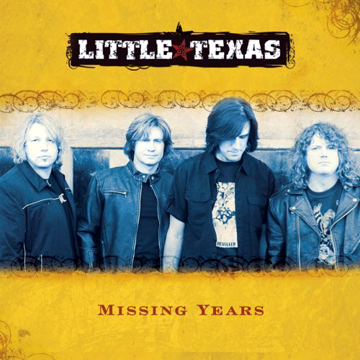 The band had several standout hits in its mid-1990s heyday, including “My Love,” “First Time For Everything,” and the anthem-like “God Blessed Texas.” (I’ve always hated that title. Putting “Blessed” in the past tense and then following it with a word that begins with “T” makes it impossible to pronounce the two words together. It’s the little things that piss me off.) Anyway, the band broke up after releasing several albums that made them sorta famous if not exactly stars. Now, 10 years later, four of the six original members have reunited — minus former co-lead singers Brady Seals and Arlington’s Tim Rushlow — and released a new album, Missing Years. There are two problems: Lead guitarist Porter Howell has taken over lead vocal duties without having the pipes to handle the burden, and the songwriting is uneven and occasionally awful.

The band might have been trying to recapture the magic of “Blessed” by including “Texas 101,” designed as a radio-friendly staple with uptempo sing-along lyrics: “Come on down we’d love to see ya / Open arms are there to greet ’cha.” In reality, the song offers a boring melody with trite lyrics. But boring and trite pretty much describes every song on this ill-conceived effort. The musicianship and production are fine, but putting perfume on a pig doesn’t hide the stink. On a positive note, the band’s live performances on its current tour have been getting decent reviews. Instead of buying Missing Years, save your money and go see the band at the Stockyards’ premier honkytonk, where anything sounds good after a dozen beers. -Jeff Prince