The Beatles left an immeasurable mark on popular music — there’s no denying their legacy. 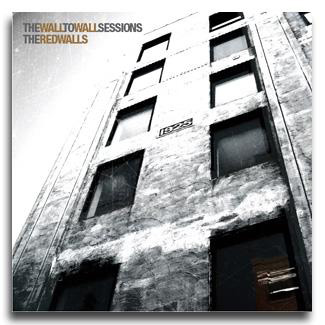 But some bands and songwriters have been affected more than others. The Redwalls are four high-school friends from Chicago who formed a band to learn Beatles and Stones songs and then play them in public for fun and maybe a little money. Somewhere along the way this pre-fab four decided to write original material. They released an independent album while still in high school and signed a major label deal with Capitol Records the night before receiving their diplomas. Their Capitol debut, De Nova, produced by indie king Rob Schnapf (Elliott Smith, Beck), was released in late 2005 to critical acclaim but commercial indifference. The album is full of brilliant songcraft and harmony vocals but at times seems to borrow a little too liberally from its mop-topped influences. After touring for well over a year in support of De Nova with big-timers such as Oasis and Keane, the Chicago youths made their way back to the Windy City to cut some demos and prepare for their follow-up effort.

Recorded last fall at Wall to Wall Studios and produced by the band itself, The Wall to Wall Sessions EP is chock full of Beatles and Stoneish goodness but also carries a stronger sense of originality. The opener, “Memories,” bursts with rock ’n’ roll immediacy in a London Calling-era Clash-like stomp and then glides softly into a beautiful, harmonized chorus straight out of mid-’60s Motown. “Edge Of The Night” is based on a Beatles-esque Indian-themed loop and slowly builds and builds to a carefully controlled yet chaotic ending. “Song #1” has an electronic drumbeat with roving piano and guitars but is really centered on the George Harrison-style melody sung by one of the band’s three — count ’em, three (also like the Beatles) — lead singers. Closer “Maria” is a waltz through the South to the sound of sweet, thick milk-and-honey harmonies. The band has been dropped by Capitol and has been selling the disc at shows and online only. Material for a third full-length has already been recorded, last winter in Sweden, but The Redwalls are waiting for the right independent label to come along and help promote the project. Visit MySpace.com/TheRedwalls.-Joshua Loewen