Home Music Listen Up John Zaskoda
SHARE
Facebook
Twitter
John Zaskoda is a staunch believer in grassroots music. The former lead guitarist for local singer-songwriter Scott Copeland and local band The Merchants opened his own music store not too long ago. 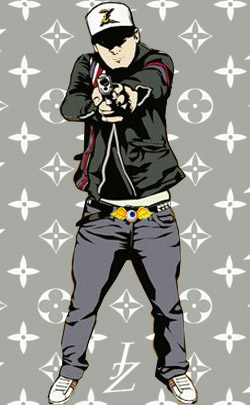 Unfortunately, it didn’t last — somebody broke in and cleaned the place almost totally out. Marooned at home, the father of three children spent what little free time he had working on something that for the past decade he had been meaning to get around to but never did: recording an album of his own material. From the first few bars of “Breakdown,” the lead track on Low Budget/Hi-Fi, it’s apparent that Zaskoda can make up for his failings in production capabilities with bluesy, soulful sincerity. Though reminiscent of John Mayer’s and Kenny Wayne Shepard’s work, Zaskoda’s tunes are never anything less than tasteful and original. Since all eight of them, he says, were derived from different genres of popular music, Low Budget/Hi-Fi can be considered a trip through funky Americana soul.

All of the contributors are top-notch. Gary Grammar, harmonica player for Jason Boland and the Stragglers, wails with precision, especially in the swampy, Louisiana-inspired “Voodoo Mama.” Multi-instrumentalist Andrew Skates does a good job of framing certain sections, giving them sonic heft. Bassist John Shook and Zaskoda’s longtime friend, drummer Brandon Wallace, hold a steady pace, allowing the other players to breeze by and blow away. Although the low end sounds fuzzy sometimes and extraneous noises seep in through the vocals, part of the charm of Low Budget/Hi-Fi is its DIY DNA.-Caroline Collier