When local real estate developers started testing the waters for a light-rail system in Fort Worth a few years ago, Mayor Mike Moncrief wasn’t interested. 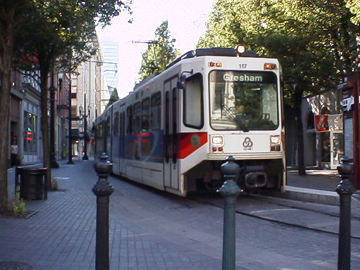 Now, however, with gas at four dollars a gallon and the inner city in the midst of an intense – and dense – redevelopment boom, the mayor reportedly is changing his tune. He’s not exactly diving in, but he’s at least got a toe in the pool – and mass transit proponents are taking notice. Moncrief’s change of heart may have come in part because popular support for some kind of mass transit system here also appears to be growing – along with the city’s traffic problems. “It’s one of those things where I’m not sure if we have a choice not to,” said council member Joel Burns. “Our congestion is going to get us to a point where we’re gridlocked on our interior streets in our urban core.”

The central-city council member said many of his colleagues have been hearing requests from their constituents for more mass transit options. He recalled one town hall meeting in his district at which the crowd erupted into cheers at the mention of light rail. The idea of an ultra-light-rail system – essentially, modern streetcars – was endorsed by the Fort Worth Planning Department in a study that the city paid $1 million for in 2002, under former Mayor Kenneth Barr. However, when Moncrief took office, the study was shelved. According to a real estate developer involved in the committee that studied light rail in 2002, Moncrief was more focused on connecting Fort Worth regionally with places like Grapevine and Dallas/Fort Worth International Airport than on moving people around in town. “I think initially Mayor Moncrief saw the need to connect point-to-point with major parts of our region,” said Philip Poole, partner in real estate company Townsite Inc.

In the six years since then, the city has put on a few pounds: The population has grown by 117,000, or about 17 percent, and the “urban villages” now scattered throughout the city further emphasize the need for mass transit, since the villages promote foot traffic over cars. Downtown Fort Worth’s stock of upscale condominiums is still growing, and a major convention center hotel and condo project is due to be completed soon. Those factors mean that developers, and not just environmentalists or planners, are pushing for a new transit system.

In January, a panel of those developers put together a booklet outlining the possibilities of ultra-light rail here, touting the economic growth possibilities, suggesting funding sources, and listing similar systems in other cities. The panel, part of the Fort Worth Central City Redevelopment Committee appointed by the city council, recently asked the council to create a more broadly based group to study the streetcar system further. “The city has matured,” said Poole. “The mayor has seen the success of urban villages, and his council has told him that this is something their constituents want.”  The mayor has asked Andy Taft, president of Downtown Fort Worth Inc., to head the group. Taft said he intends to remain neutral on the issue, to make sure all sides are heard from. “A chairman who comes at things with a hard-driving agenda sometimes cannot play the facilitating role for committee consensus-building,” he said.

The new group’s first order of business is just a train ride away. In July, members will hop the Trinity Railway Express into Dallas to visit Dallas Area Rapid Transit stations and talk to officials about how that city built a transit system that is drawing large numbers of riders and attracting commercial and residential development around its stations. The DART system differs from what is being proposed here. In Dallas, the light-rail cars operate on dedicated rights of way, while the proposed Fort Worth streetcar project would be built into the existing street grid, allowing auto traffic to use the lane when a streetcar isn’t present. This also cuts costs significantly: A mile of DART-style light rail costs $20 million to $70 million to build, compared to $10 million to $20 million for a mile in the streetcar system.

The next step in the study, Poole said, will be for committee members to check out cities with similar streetcar systems – Portland, Seattle, and Tacoma. Portland is the golden child for ultra-light rail in the country and a possible model for Fort Worth. “You don’t always have to have a new idea,” said council member Jungus Jordan. “You can borrow someone else’s if it works.”  North Texas real estate developers say Portland’s eight-mile streetcar system sparked redevelopment of an older warehouse area into a neighborhood of upscale lofts, condominiums, and art galleries known as the Pearl District. The numbers surrounding Portland’s ultra-light-rail project are hard to ignore. Since the service kicked off in 2001, the streetcar has built a weekday ridership of about 11,800 – or 3 million annually. Since 1997, developers have invested more than $3 billion in projects along the route. In the blocks abutting the streetcar line, almost all the properties have been developed or redeveloped at near-maximum density. “I was in Portland 10 years ago to look at their system, and then I was there a year and a half ago, and the change is just stunning,” said Burns. “This is a great opportunity to look at the economic impact that goes along with light-rail efforts.” 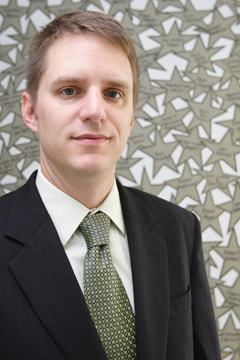 Fort Worth officials are as interested in the Portland system’s funding as in its success. The Oregon city was able to pay for the $103 million project and a later $146 million expansion without federal dollars.  Locally, the city could use one of two mechanisms for funding the system: a public improvement district along the rail line or a tax-increment financing district – a PID or a TIF, in government jargon. In public improvement districts, property owners are assessed an additional amount of taxes to repay the city for the costs of specific projects. Creation of the PID must be approved by 51 percent of the property owners involved. TIFs are supposed to be used in economically blighted areas, but Fort Worth has been using them for years to give breaks to various business interests. As the taxable value of property in a TIF rises, the resulting tax dollars are held within the district and can be put to various uses there.  “Basically, we’re saying we’ll create added value by paying for the improvements we’re creating,” Burns said.

The council member also said that potential routes have already been suggested: The first may be along West 7th Street from downtown to the Cultural District and, after that, additional lines linking downtown with the Hospital District, the Stockyards, and Texas Wesleyan University, via the Evans-Rosedale area.  Poole said an investment in public transit would benefit the city for many decades. He recalled using San Francisco’s system: “I rode on a streetcar that was built in 1911 and still operating,” he said. “If we put this in place … it could be here for 80 or 100 years. I hope we take this fact-finding group and show them how it works.”