Rules for gas wells are changing, but the fight’s not over.

After months of meetings, citizen outrage, industry resistance, and relatively little official action, the next few months could bring about sizable changes in government regulation of the gas drilling boom that is profoundly affecting Fort Worth neighborhoods, finances, and environment.
For Fort Worth proper, much of the picture of gas drilling regulation was decided at a city council meeting on Dec. 9, and other key decisions were made late Tuesday. To call the process leading up to the ordinance’s adoption contentious and confusing would be an understatement. In effect, in the city’s second try at drilling regulation, a heavily industry-oriented task force came up with one set of recommendations, the dissenting neighborhood representatives on the panel wrote a separate and very different report, and city staffers took both documents and made a third proposal that satisfied neither of the other groups. On Tuesday, the city council rejected one staff-made change that would have weakened the ordinance and modified a second one. 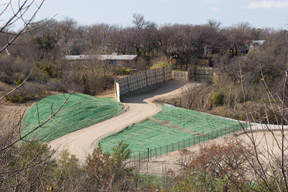 Outside Cowtown, a recent court ruling in Grand Prairie could turn out to have widespread consequences. And when the Texas Legislature convenes in January and new leadership takes over in Washington D.C., the natural gas industry could find itself with new state and federal rules affecting everything from disposal of drilling wastes to the taking of land for pipelines.
At the federal level, the appointment of U.S. Rep. Henry Waxman of California to chair the House Committee on Energy and Commerce suggests more federal regulation of the drilling industry may be coming because he has been an outspoken opponent of “fraccing,” the process of gas well drilling. One of the first indicators may be the fate of a bill introduced earlier this year that could substantially change the way drillers get rid of the highly toxic waste fluids from the fraccing process. Currently, when drillers put those wastes back in the ground in what they call “saltwater” injection wells – the industry’s favored method for waste disposal at the moment – they are exempt from requirements that those wells not contaminate drinking-water sources. But the bill introduced by two congress members from New York and Colorado would end that exemption from the federal Safe Drinking Water Act and put injection wells under federal law.

You can reach Peter Gorman at
peterg9@yahoo.com.