Raul Malo, mostly known as lead singer of the Grammy-winning country band The Mavericks, has a pleading, dramatic vibrato that sounds somewhat like Roy Orbison’s without wandering into mimicry. The man can sing. 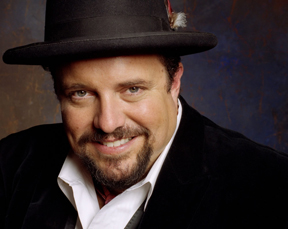 On his first album of new songs in seven years – his previous two recordings were of covers – Malo does only one country song. For the rest, he shares music that’s not quite pop and certainly not rock but that has a slight retro feel at least partially because of his similarities to Orbison. Only once does he fall into lounge-act territory, when he conjures Wayne Newton on an especially smooth song.

The production is crisp and clean, filled with little touches that, in context, don’t usually seem overdone.

The subject matter: love, for better and worse.

Malo wrote or co-wrote all 12 songs. While the lyrics are often basic, formulaic, and repetitive (sure signs of commercial hits?), he shares the occasional gem. The corny, smile-inducing “Moonlight Kiss,” with its male chorus, Latin-flavored horn section, and background chatter, is fun. On the musically deft “Rosalie,” he tells us that if the title character leaves him, he’ll be alone – and he makes the lines work. The closing, piano-based “So Beautiful” is just that.

It’s interesting to hear artists in new, personal contexts outside of group settings, where their own visions show through. It’s good to hear Malo’s voice. It’ll be even better when his songwriting catches up to his singing.