Back in the 1960s and 70s most people under 30 would have given their left nostril to be Chris O’Dell. 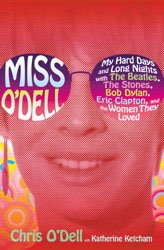 The Tucson native was among the first — if not the first — woman to manage a major rock-and-roll tour. She hobnobbed with rock ‘n’ roll royalty for years, living for brief stints with George Harrison and his wife, Pattie Boyd, in their gothic castle Friar Park, and later with John Lennon and May Pang in Los Angeles.

O’Dell shared a near-death experience with Lennon and Yoko Ono on a small plane – and shared a baseball-sized chunk of cocaine with Stephen Stills.

She contributed handclaps during a Beatles’ White Album recording session, and her mug is included in the photo collage on the Rolling Stones’ classic Exile on Main St. album.

She earned extra cred by flying from Dallas to Los Angeles during a Rolling Stones tour to score “supplies” for Keith Richards, which meant driving alone into a strange part of L.A. after dark, meeting a drug dealer, making a bulk purchase, stuffing the drugs in her purse, and then flying back to Texas.

“It never occurred to me to say no,” she recalled. Well, at least she can recall. That’s more than a lot of folks from those days can do.

Hell, she was such a luminescent figure that Harrison, Leon Russell, and Ringo Starr all wrote and recorded songs about her.

Now the well-traveled “Pisces Apple Lady,” as Russell dubbed her in song, is telling her story in the soon-to-be-released Miss O’Dell. But all anyone wants to talk about is sex, a topic she treated gently and tastefully, much to the chagrin of reporters who have interviewed her so far about the book.

O’Dell slept with Starr, Russell, Mick Jagger, and Bob Dylan among others. She dishes freely on their personalities, drug habits, and eccentricities, but gives not one intimate detail about what it was like to bed the gods of rock.

Most reporters who have interviewed her so far have been female, and “They want to know who was best” as a lover, she said.

O’Dell is staying mum. She wasn’t just another groupie. She was an insider. Private access allowed her to see, hear, and be involved in things that make for a fascinating book, but she didn’t spill all of her secrets. Being an insider meant being trustworthy, and all these years later she still feels that bond, making it difficult for her to expose too much, particularly when it comes to rating her bedmates or trading on intimacies.

“There is a part of me that felt on some level that it was my business and their business, and it’s not where I wanted to go with the book,” she told Fort Worth Weekly in a recent phone conversation. “These were my friends, and they were people I had very important relationships with, and that meant a lot to me. A lot of times the sex became another part of the trust and the intimacy. Nobody knew about Ringo and I except for the people who were involved in it until the book came out. That’s kind of the way I am about that.”

O’Dell was amused that a male reporter from the Weekly would hammer her the hardest for details. After 20 minutes of my gentle badgering, she relented a little and offered a cryptic comment on Dylan.

Her affairs with Russell and Starr were full-blown relationships with passion o’plenty. Her dalliances with Jagger were friendly romps to relieve the stress of touring. Dylan, though, was a drunken one-night stand and not nearly as memorable, she said.

“I learned that he is not very comfortable with vulnerability,” she said. “How we are often translates itself into our sexuality. If you’re a person who’s kind of withdrawn and private and don’t share yourself very easily, what’s to say you’re going to be very different as a lover?”

O’Dell’s sexual romps with celebrities happened so long ago — and everybody was so high on drugs back then — that the memories don’t even seem all that special to her anymore.

“Since that time I’ve had some very intimate relationships that mean a lot more to me on that level,” she said. “I don’t think we were into that kind of intimacy back then.”

O’Dell’s inclusion in the inner sanctum began when she was a pretty young woman who’d left her hometown, moved to L.A., and gotten a job as a clerk at a record company. Beatles press agent Derek Taylor invited her to fly to Lon 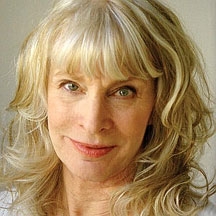 don and work for Apple, the multimedia company formed by the Beatles in 1968.

Fetching coffee for executives, answering phones, and cutting out newspaper stories and pasting them into scrapbooks were among her menial duties, but the proximity to the Beatles allowed her to become friendly with band members, especially Harrison and his wife.

Boyd, of course, is the woman who inspired Eric Clapton to write “Layla,”

Miss O’Dell discusses the numerous romantic triangles among these musicians from a close-up and unique vantage point. It’s surprising that most of them remained friendly through the years despite myriad back-stabbings and heartbreaks, but the rockers were so isolated from the public and the realities of everyday living that they clung to one another in an incestuous sort of way, she said.

“I don’t know if I get this across in the book but that was a small close-knit group of people, and the Beatles were highly protected from new people coming into their lives, and Eric and people like that were also that way,” she said. “Because they were so young and enjoying the fame and money at the same time they stuck together. That involved many things, including women.”

O’Dell remains best friends with Boyd, and their memories of the happy times spent together at Harrison’s mansion provide interesting insight into what it was like for a Beatle living in seclusion.

Clapton fares the worst in Miss O’Dell. She describes him as whining and self-pitying during his early infatuation with Boyd and then possessive, jealous, and surly after he steals her from Harrison. “A lot of it had to do with alcohol and drugs,” O’Dell said. “He was using. It affects our emotional abilities to really feel things.”

O’Dell waited more than 30 years to write of those times because of her allegiance to her friends, as well as the unwritten rule among insiders to keep their mouths shut. But most of the people involved have either written their own books by now, or they’re dead.

“Years ago if you wrote a book you were out,” she said. “What’s changed is they are older, we’re all older. I wanted that book to be something that Ringo or Paul [McCartney] could pick up and read and think, ‘That’s a pretty interesting account of what was going on from her point of view.'”