Joey Daniel Retana and Elmer Duane McMichael were lovers for about six years. For about three of those years they shared a two-bedroom rental house in River Oaks.  They also shared a diagnosis: Both were HIV positive. Because of their illness, they qualified for a federal program that helped them with their housing costs.


There is no gay marriage in Texas, but when Retana and McMichael ended their relationship in August, the breakup was as painful as any divorce. Caseworkers who oversee the housing assistance program recommended that Retana be thrown out of the program and therefore out of the house. McMichael claimed Retana had been harassing him by phone, and their caseworker thought that was reason enough to take him off assistance. McMichael moved to a new abode and  continued to be part of the program. Retana stayed in the River Oaks home but had to pay full rent. 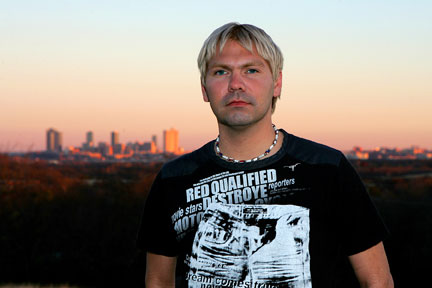 “This is what gay divorce in Texas is like, and it isn’t very nice,” said Retana. “I cannot work because the medications I take give me depression and anxiety. So the help they give me with my rent keeps me from being homeless.

“But what is really crazy here is that the government is taking one person’s side in a personal relationship,” he said. “I had abided with all things asked of me for the assistance program, but based on the words of one person, they kicked me out.”

The wrangling lasted through the fall and the holidays, with Retana managing to pay his rent only with the help of friends and by pawning some of his possessions. Then Retana got word this week that he may be let back into the benefits program. The Samaritan House, which oversees the program, will let Retana reapply for housing aid. “It would be great to get back in, but the whole way this thing has been handled has been a huge problem,” he said. “It has been dragging on for five months.”

In the midst of that phone conversation with Fort Worth Weekly, an electric utility worker arrived to cut off his service because he had fallen behind on that bill. And just to make life even more complicated, he’s having colon cancer surgery this week.

McMichael did not return phone calls to comment on the case.

The federal assistance program is called Housing Opportunities for People with AIDS (HOPWA). The U.S. Department of Housing and Urban Development parcels out about $20 million a year in grants to local agencies to administer the program. Tarrant County received almost $900,000 in 2009 and passed the money along to Samaritan House, a local nonprofit that specializes in care for clients who are HIV positive or have AIDS.

Samaritan House built and operates an apartment project on the Near South Side that houses close to 60 people and uses the federal money to provide rental assistance for about 50 more residents in the community. The organization’s annual budget of about $1.8 million is a mix of private and public funding; Samaritan House receives substantial federal funding because it has been deemed a leader in providing a wide range of services for HIV-positive people.

Three years ago, both Retana and McMichael qualified for rental assistance, which dropped their rent payment on a two-bedroom house in River Oaks from $695 a month to $130.

The story of the couple’s breakup isn’t particularly unusual. McMichael, 42, moved out in August. According to Retana, 29, there was no physical fighting and no contact beyond phone calls later in August to arrange to have a third party pick up McMichael’s belongings.

But McMichael apparently told their Samaritan House caseworker otherwise. Retana was warned by letter to stop contacting McMichael or he would risk losing his housing assistance. He signed an agreement on Aug. 31 promising not to contact McMichael and to tell his friends not to contact McMichael either. Retana said he abided by that, but nonetheless was notified in early September that he was being dropped from the rent program due to continued contact with his former lover. He got a letter later that month listing the “illegal behaviors” that were the reason for the action.

In past years (twice in 2006 and once in 2008), both men had been charged with assault by River Oaks police, but the charges were eventually dropped. Retana was also cited by the caseworker for having the third party deliver the letter to McMichael in early September saying he could pick up his personal belongings, thus violating his agreement not to contact McMichael.

It was the actions of one of Retana’s longtime friends, Doyle Fine II, that apparently caused much of the problem for Retana, however.

Fine has admitted that he sent an e-mail to the restaurant where McMichael worked, falsely accusing McMichael of doing drugs in the restaurant parking lot. He said he did it because he was drunk and angry that McMichael had called Retana’s family to tell them Retana was dying of AIDS.

“I was just very angry that Duane told them Joey was dying of AIDS, when he wasn’t and that they did not know he even was HIV-infected,” Fine said. “But Joey didn’t know I sent out that e-mail, and I have since apologized to everyone involved.”

In August Retana posted a note on his own MySpace page, disparaging McMichael.

Retana said he has always adhered to the program’s rules, paying bills on time, taking medications, and avoiding any illegal activities. When Samaritan House notified him that he was being dropped from the rent program, he appealed to HUD officials and to Patricia Ward, who oversees the HOPWA funds for Tarrant County. Both determined that Samaritan House had complied with HOPWA policy for termination. Local HUD director Katie S. Worsham wrote that “any decision regarding readmission to the program is at the discretion of Tarrant County and Samaritan House.”

But HUD officials apparently reconsidered and questioned whether the county and Samaritan House had given Retana due process. That led to the agreement that he will be considered for reinstatement.

Through the years, federal housing officials have had to wade into messy personal situations many times, deciding who could stay in an apartment or what constituted a family. Retana and McMichael’s case may be a new version of that – but probably not the last one officials will see.

Steve Dutton, president and CEO of Samaritan House, said that “it became very apparent early on that we were caught in the middle of two roommates who had had a falling out. We were right in separating them, but I also think we were right in continuing the dialogue.

“I think the right decision is being made to [allow Retana to] reapply, and I don’t see why he wouldn’t qualify,” Dutton said. “We try not to make judgments on our clients, but we are human. To make a long story short, we weren’t right, being in the middle of two very volatile characters.”