The scene has been the premise for dozens of movies and thousands of funny stories: Mom and Dad go out of town, and the teenagers decide to party. In the case of Rachel and Graham Nielson, however, it could have ended with Graham dead, due to acute alcohol poisoning and the teenagers’ fear that calling for help would land them in jail. (The names of Rachel, Graham, and their friends have been changed because they are minors.)

“All we wanted to do was have fun. But by the time we noticed something was wrong, it was too late,” said Rachel Nielson, a senior at a Fort Worth private school. 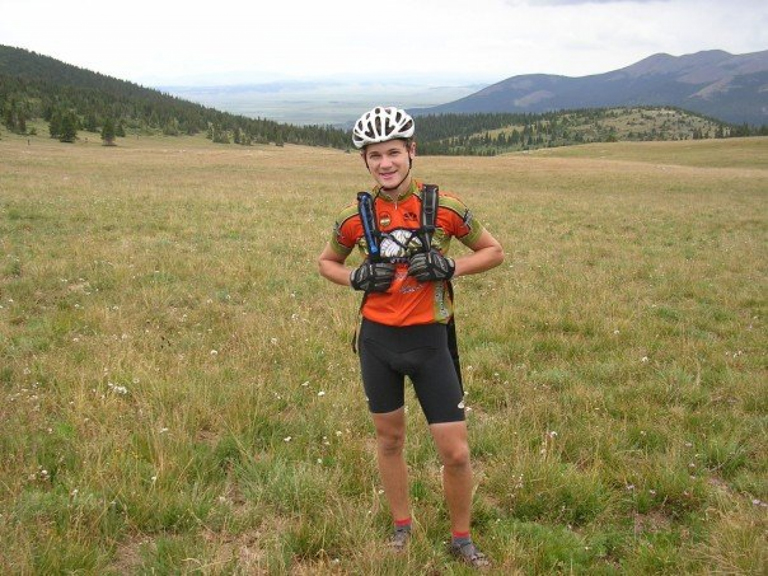 That fear and ignorance has cost many lives in this country, and the Texas Alcoholic Beverage Commission has a plan to combat the problem, inspired in part by the death of an Austin teenager. Carson Starkey died in December 2008 after drinking a bottle of Everclear as part of a fraternity hazing. In 2007 the U.S. Surgeon General estimated that 5,000 people under the age of 21 die due to alcohol-related complications each year.

The TABC recently announced an amnesty policy for underage drinkers who find themselves or their friends in dire situations. Under the policy, TABC agents will not cite minors for the illegal possession or consumption of alcoholic beverages if they seek assistance because of a medical emergency or because a person has been a victim of sexual assault or other violent crime.

The goal of the policy is “to bring awareness of the problem of alcohol poisoning and the signs of it and to create a discussion around the fact that when something bad is happening, someone needs to call for help without worrying about getting in trouble,” said Carolyn Beck, director of communications at the TABC. The policy protects anyone on the scene from being cited for underage drinking but does not protect the provider of the alcohol from being cited.

The policy isn’t binding on local police departments or other law enforcement agencies. However, the TABC hopes that the initiative will influence those agencies to establish similar policies and to work to educate teens and others about the signs of alcohol poisoning. A similar amnesty policy instituted at Southern Methodist University in 2008 has proved effective there, according to a spokesperson for the college.

In Rachel Nielson’s case, ignorance of the effects of alcohol combined with alcohol-impaired judgment to produce a near-tragedy. The straight-A student and star swimmer found her brother’s life in her hands late on a Saturday night in November 2009. But fear kept her and her friends from making the call they should have — fear of losing their reputations, their parents’ trust, college scholarships, and maybe even entry to college.

“My parents went out of town, so I decided to have some friends over, and as more people started showing up, more alcohol and drugs got thrown into the mix,” Rachel said. “Despite our urging him not to, my 16-year-old brother, Graham, and his friend Adam stated their ‘mission’ of the night to get as fucked up as possible. They proceeded to drink over 10 Keystone Lights each and smoke eight bowls of weed over the next two hours.”

The first sign of trouble, Rachel said, was when Adam went missing. They found him throwing up, and then he passed out. Shortly after that, Graham started showing even more severe signs of alcohol poisoning.

“Graham began to stumble and sway as he asked for the pipe, and he couldn’t remember anyone’s name,” his sister said. “We knew he needed to stop drinking and smoking, but we were all too drunk to really help him.”

Underestimating the seriousness of Graham’s condition, Rachel and her friends assumed he would be fine after he vomited and lay down. But they soon learned differently.

“I walked out to the balcony and found Graham unconscious on the ground,” Rachel recalled. “His eyes were open, but he wouldn’t respond to us screaming his name or splashing water on his face. The only thing we could do for him was hold him up so he wouldn’t choke on his vomit, which had become black. We knew he needed to go to the hospital, but since we were all underage and had been drinking, we chose not to.”

“It was all happening in slow motion,” said Rachel’s friend Madison. “We were having fun one minute, and then the next, we were in a situation where someone else’s safety was in our hands,”

Rachel and another friend, Christine, dragged Graham into a bathtub. For the rest of the night, they took turns watching over him, monitoring his breathing and making sure he didn’t choke on his vomit. He regained consciousness the next morning with no recollection of what had happened.

“It was scary because this could have happened to any of us,” said Christine. “Even though I was surrounded by intelligent people, none of us knew what to do or how to handle the situation. We were all in a constant state of panic, which clouded our judgment even more than the alcohol we had been drinking earlier.”

Rachel said she’d never thought it possible that her brother might die “so suddenly and on my hands. If I had been sober, I probably would have been more aware of how close to death he actually was and would have known that that was more important than staying out of trouble.”

“Carson was a smart, athletic, happy-go-lucky kid everyone wanted to be around,” said Todd Hanna, a close family friend and president and CEO of Explore Austin, a mentorship program for inner-city youth.

Starkey moved from Austin to California in 2008 to attend California Polytechnic University but didn’t survive his first semester. At a fraternity hazing party, he was told to drink a bottle of Everclear. He did, and he lost consciousness. His would-be frat brothers loaded him into the car to take him to the hospital (after carefully removing anything that would identify him or indicate his age). But when he regained consciousness along the way, his friends assumed he was OK. They took him back to the fraternity house where they put him on a couch to “sleep it off.” After everyone else had passed out, Carson died.

After Carson’s death, Hanna helped initiate a discussion with Carson’s friends on the Austin High lacrosse team about possible explanations for why no one got help for him. The lacrosse players answered honestly, Hanna said, that it was probably because no one wanted to get in trouble. They said they didn’t know what would happen to them if they called for help in a similar situation. Hanna didn’t know the answer either, so he contacted the Austin Police Department, local emergency medical personnel, the TABC, and the chief of emergency medicine at a local hospital to speak with the team.

After the meeting, Beck, who was there to represent TABC, was inspired to develop the amnesty proposal to help prevent other deaths like Carson’s. With support from top TABC enforcement officials, administrator Alan Steen approved the policy.

Beck said it’s vital that more be done to educate the public about the signs and dangers of alcohol poisoning. She also believes it’s critical for teens who drink to decide ahead of time that they will do the right thing even at the risk of a citation. Even the amnesty policy won’t protect teens from tickets in every situation.

“I think it will save lives,” Hanna said of the policy. “The goal is not to encourage underage drinking or create a feeling that there are no consequences, but to teach kids that the consequences of getting [a citation] pale in comparison to the consequences of not getting help and causing someone’s death.”

Eight years ago, Cornell University put into effect what it calls a “medical amnesty protocol.” According to a case study done four years later, the threat of legal action indeed had kept some students from asking for badly needed emergency medical services. After the new policy was implemented, researchers found, more calls for alcohol-related emergency care were made, and students reported they had less fear of getting in trouble as a result of calling.

At SMU, a similar policy, the Call For Help Program, was instituted in 2008 due to a recommendation of the President’s Task Force on Alcohol and Drug Abuse Prevention.

“The program has been effective,” said Lisa Webb, SMU dean of students. “When a student requests amnesty through the Call For Help Program they must meet twice with a counselor in our Center for Alcohol and Drug Abuse Prevention. Because of this program, more students have been able to receive help from the center.

“I think the fear of getting in trouble is often the reason why young people are afraid to call for help,” Webb said. “This is why amnesty programs are so important. They eliminate that common barrier.”

Fort Worth Police Chief Jeff Halstead did not return calls asking for comment on the new TABC policy. Sgt. Pedro Criado, a police spokesman, said the department has no such policy and no strategies targeted specifically at decreasing alcohol-related deaths of minors. However, he said, “we would keep an open mind if it [the TABC amnesty policy] is proven to be effective.”

Hanna has continued to speak to high school students in the Austin area about the realities of alcohol poisoning.

“The biggest message I want to get across,” he said, is that the decision to drink doesn’t absolve teens of the responsibility to “understand the consequences of drinking, [how to] mitigate its risk, and understand the responsibility you have for yourself and those around you. Hopefully with the amnesty policy we can get kids to step up if something bad happens.”

Beck agreed. “Nothing is worse than having to live the rest of your life knowing you could have saved someone’s life and you didn’t,” she said.