Sobering reflection of the day: The little kids who are old enough to remember seeing the original Shrek in theaters are teenagers now. Similarly, the young men who made the original film have aged into young fatherhood, and their perspective informs Shrek Forever After. This fourth movie has been promised as the last one in the series, and the filmmakers seem liberated by not having to save up any good material for the next chapter. That’s one reason why this turns out more satisfying than either of its two predecessors. 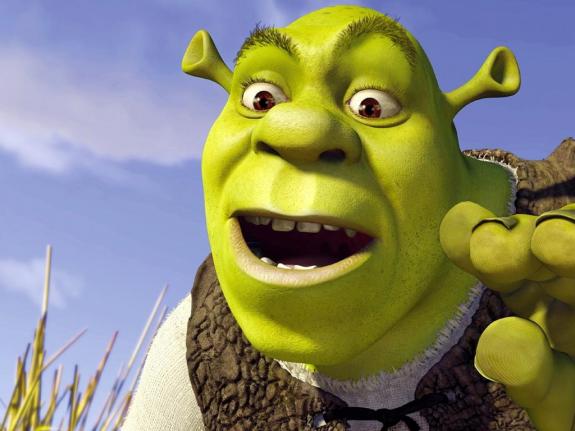 The movie opens with our favorite ogre (voiced by Mike Myers) realizing that he’s turned into a boring suburban dad and yearning for the days when he scared the crap out of everybody. This makes him a ripe target for Rumpelstiltskin (voiced by DreamWorks writer/animator Walt Dohrn), who offers Shrek a day untethered from his responsibilities and free to be his old self. Ah, but the devil’s always in the fine print with Rumpelstiltskin. As soon as Shrek signs the deal, he’s magically transported to an alternate reality where everything is as if Shrek never existed. It’s not a wonderful life. Rumpel now rules over the kingdom of Far Far Away as a tinpot dictator served by an army of witches, and Fiona (voiced by Cameron Diaz) is an embittered warrior princess leading an armed resistance movement of ogres hiding out in the forest. Shrek has only until sunrise to find a loophole in Rumpelstiltskin’s contract and put everything back the way it was.

The film has a few dead spots, and it largely wastes the wealth of supporting voice talent brought in for this installment, including Jon Hamm, Jane Lynch, and Craig Robinson. Yet the story of Shrek’s midlife crisis is handled lightly enough, and the comic material is back in form. Puss in Boots (voiced by Antonio Banderas) is hilariously reimagined as a coddled, morbidly obese kitty, and Donkey (voiced by Eddie Murphy) comes up with some sharper wisecracks than usual, aside from a deeply regrettable exchange of animal puns with Puss. Rumpel himself is an enjoyably petty, foppish villain with a selection of 18th-century-style powdered wigs for every occasion — watch for the moment when he asks one of his minions for his “angry wig.” The second and third films both had brilliant flashes of comic inspiration, but this movie does a better job of sustaining the laughs.

Too many movie franchises outstay their welcome, and few of them recover their mojo once it’s gone. This movie gets it back, and that makes it all the more gratifying. Shrek Forever After isn’t as invigoratingly weird as the film that started it all, but it brings the story to a graceful conclusion and gives our jolly green friends a warm sendoff. That’s as much as we can ask.