Rodrigo García makes his living as a director of episodes of TV shows such as In Treatment and Six Feet Under. However, the son of the famed Colombian novelist Gabriel García Márquez spends his spare time making quiet, low-key, narratively fragmented dramatic films that are mostly about female characters. He has recognized an underutilized labor force (actresses, to be specific) and has rushed to fill the gap, writing roles for them that let them show off what they can do. The results are sometimes electrifying and truthful, like Robin Wright’s turn in Nine Lives. That can’t be said, unfortunately, for his schematic and unsatisfying latest movie, Mother and Child. 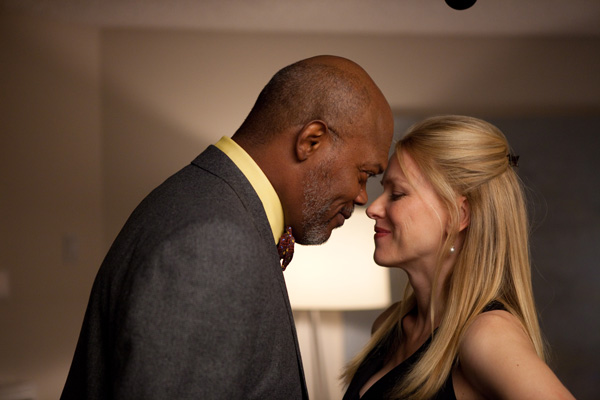 The film takes up three women in Los Angeles. Claire (Annette Bening) is a 51-year-old physical therapist who’s shut herself off emotionally from the world, obsessed by the fate of the baby she gave up for adoption when she was 14. That baby has grown up to be a hard-charging, hard-shelled, rootless lawyer who has named herself Elizabeth (Naomi Watts) and uses her sexuality to destructive purposes, having affairs with both her boss (Samuel L. Jackson) and her married neighbor (Marc Blucas). Then there’s Lucy (Kerry Washington), whose connection to the other two women isn’t made clear until late in the film. She’s a bakery owner who can’t conceive children of her own and is making her way through the adoption process with her equivocating husband (David Ramsey).

The best parts of this movie are the supporting roles and the actors in them. Jimmy Smits injects some badly needed humor as a fellow therapist who has to deal with Claire’s baggage. Cherry Jones brings steely authority to her role as a nun counseling both Claire and Lucy, while Carla Gallo and Tatyana Ali bring distinct types of sunshine to the roles of Elizabeth’s pregnant neighbor and Elizabeth’s boss’ daughter, respectively. As a blind teenager who befriends Elizabeth, Britt Robertson excels in a part that, in the wrong hands, could have struck a putridly sentimental note in the movie. These characters all give the impression of active, complicated lives going on offscreen, outside the framework of this drama.

Too bad neither they nor the three lead actresses’ outsize talents can keep the plot from feeling overdetermined. García’s admirably committed to showing his characters, warts and all (witness Claire’s cold treatment of her aging mother’s loyal caretaker or Elizabeth’s angry tirade at her ob/gyn when she discovers she’s pregnant), but that’s not quite the same as making them sympathetic or complicated. His story writing lacks astringency, and he uses the same clunky interview scenario to get Elizabeth and Lucy to analyze themselves. When it comes to movies about adoption, Mother and Child doesn’t compare well to Juno or especially to David O. Russell’s wacky 1996 farce Flirting With Disaster. This movie is cloaked in prestige and indie-cinema trappings, but it’s really not much different from the crappy middlebrow tearjerkers that Hollywood floods our theaters with.