In their latest movies, Clint Eastwood and Woody Allen are thinking about the great beyond. Of course, it isn’t unusual that filmmakers aged 80 (Eastwood) and 74 (Allen) would have their minds on mortality. These particular guys have a history of obsession with the subject both as directors and movie stars. Eastwood tends to meet death with grim stoicism (“It’s a hell of a thing killin’ a man.


Takin’ away everything he’s got and everything he’s gonna have.”) while Allen prefers frightened jokes (“I don’t want to achieve immortality through my work. I want to achieve it by not dying.”) It seems inevitable that these two prolific and highly acclaimed veterans would eventually have movies opening at the same time, as happens this week. Less inevitably, both movies are about people visiting psychics who claim to be able to reach the other side. It’s not supernatural, merely a strange coincidence that makes a side-by-side comparison easy. 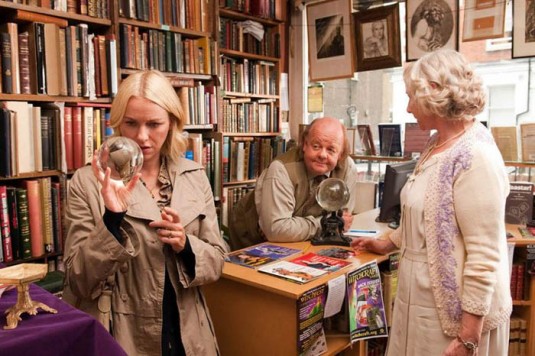 Woody Allen’s You Will Meet a Tall Dark Stranger isn’t a comedy, even though it sure looks like one, with its light, bouncy tone and bright lighting by cinematographer Vilmos Zsigmond. Yet it’s a drama without Allen’s trademark laughs and with some pretty bleak implications. Allen has learned how to ruminate on the meaninglessness of human existence without turning his movie into a pale copy of an Ingmar Bergman film. His approach pays some notable — albeit small — dividends.

This is one of those Woody Allen movies where the plot is in many places at once instead of staying with a few characters. Alfie Shepridge (Anthony Hopkins) is a wealthy elderly London financier who fights off his sense of impending mortality by turning into a cliché: He leaves his wife Helena (Gemma Jones), joins a gym, buys a sports car and a tony bachelor pad, and marries the first hot chick who says yes to him (Lucy Punch), never mind that she used to be a prostitute. Meanwhile, Alfie and Helena’s daughter, Sally (Naomi Watts), is watching her marriage unravel. Her American husband Royal (Josh Brolin) is a one-hit wonder of a novelist whose consistent failure to replicate his early success is proving too much for their relationship. The two of them are living off Helena’s charity, and Sally thinks she’s falling for the married art gallery owner (Antonio Banderas) who is her boss.

While all this is happening, Helena is flailing for direction after trying to kill herself in the wake of her husband’s leaving. This is the best movie role ever for Gemma Jones, who has worked for decades in British theater and television but isn’t well known here in America. The film opens with Helena paying a visit to a psychic (Pauline Collins), and immediately you can feel the neediness and desperation pouring off her. The scenes between them are unseemly and a bit difficult to watch, especially given the ease with which the psychic — who’s clearly a fraud and not even a very good one — manipulates her. Helena quickly becomes completely emotionally dependent on the psychic, spiraling into obsessions with the occult and past lives, and Jones’ fidgety, tremulous performance makes it all dreadfully real.

The palpability of Helena’s spiritual plight sadly underscores the fact that we’ve seen versions of all these other characters in other Woody Allen movies: the creatively blocked writer, the mid-life crisis guy, the frustrated wife, the red-clad woman of mystery, the cheap homewrecker. This cast is too talented to strike out completely — Punch excels at playing trashy girls for laughs, and Roger Ashton-Griffiths makes a moving impression as the plug-ugly, kind, fragile widower who’s a possible match for Helena. Yet the principal actors are mostly off their game. Watts operates at the same impatient register for too much of the film, and Brolin is handcuffed by a baldly unconvincing subplot in which Royal makes creepy advances toward a musician living across the street (Slumdog Millionaire’s Freida Pinto). Allen leaves most of the characters hanging at film’s end, and this time it feels like he simply ran out of story ideas.

In contrast with Helena, Woody Allen clearly believes that nothing is waiting for us on the other side. Yet he includes a message from the afterlife in the form of a draft of a brilliant debut novel unwittingly left to Royal by a reclusive aspiring writer friend (Ewen Bremner) who suddenly dies. Royal rejuvenates his career by passing the book off as his own, only to find that his colleague isn’t all the way dead. The irony here is savory, but it can’t hold a candle to the joke at the end of Allen’s Love and Death, when his character returns from the dead and says of his condition, “You know the chicken at Tresky’s Restaurant? It’s worse!” 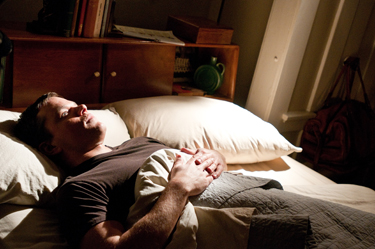 You Will Meet a Tall Dark Stranger may not be much in the grand scheme of things, but its chipper tone would have worked wonders for Hereafter, Clint Eastwood’s depressing dud of a supernatural drama. Of course, we already know that it’s going to be photographed in shades of gray by longtime Eastwood cinematographer Tom Stern, and it’s going to move at a slow and deliberate pace (80-year-old directors tend not to make zesty, over-caffeinated films). Yet the biggest surprise is just how woolly-headed this movie is, to the point where you’re not even sure what the filmmakers were trying to do.

The movie starts off well enough, with a technically impressive and fiercely rhetorical sequence depicting a tsunami laying waste to a resort community somewhere in the tropics. Caught up and nearly killed in that disaster is Marie Lelay (Cécile de France), a French TV news anchor who experiences a vision of the afterlife while strangers try to resuscitate her. Back in Paris, she drifts off at work while pondering the meaning of the vision. Meanwhile in London, a small boy named Marcus sees his identical twin brother Jason struck and killed by a lorry (both twins are played variously by Frankie and George McLaren) and becomes determined to contact Jason in the next world. The man to help him do that is George Lonergan (Matt Damon), a formerly famous psychic who once talked to people’s deceased loved ones but who has now fled his profession in favor of a factory job in San Francisco because talking to the dead took too great a toll on his own psyche.

Screenwriter Peter Morgan is better known for his smart, snappy work on The Queen and Frost/Nixon. (Actually, his best writing was in last year’s soccer film The Damned United.) I’m not sure why his work here is so limp and dull. Perhaps it’s because this is a rare script of his based on an original story, or perhaps he requires directors who know when to get on with the story, or perhaps he simply could have used his frequent interpreter Michael Sheen on the project. Whatever the reason, you know he was having an off day when he had George describe his ability, “It’s not a gift. It’s a curse.” There’s also a man-made disaster that happens midway through the film, and I not only knew what it was going to be, I had it timed down to the second.

That’s not to say that Hereafter is a total wasteland. There’s a nice montage of Marcus visiting a bunch of fake psychics, and Bryce Dallas Howard injects some badly needed bubbliness in the role of a damaged young woman who’s partnered with George in a cooking class. However, the director is egregiously miscast here — Eastwood has never demonstrated any flair for the supernatural, and his clouded visions of the next world remain stubbornly earthbound. Huge chunks of the movie don’t work; George’s former life, his relationship with his crass brother (Jay Mohr), and Marie’s deepening and career-affecting interest in the afterlife are never rendered in convincing terms. The film ends with a romantic tableau that comes out of nowhere and jars tonally with everything that we’ve seen before. In contrast with the psychic from Dark Stranger, George has a genuine talent, but Hereafter is less interested in this than in whether he finds happiness in this world. That’s fine, but neither he nor any of the other characters here is deep enough to make this spiritual journey worth investing in. At least Woody Allen’s film evokes the aching void that leads some people to become interested in clairvoyance, reincarnation, and the like. Clint Eastwood’s movie only leaves us with an unconvincing message that everything will work out for the best.

You Will Meet a Tall Dark Stranger