The Dallas Observer’s music blog, DC 9 at Night, recently came up with a great idea, one that I’ll be stealing next year: The alt-weekly is listing the top 50 local songs of the year, a song per day. As of this writing, the list is down to the final 10. (Note: the Observer’s idea of “local” includes not just Dallas but every county in the North Texas region, including Tarrant. My list next year, naturally, will be 817-only local. You’re welcome.) 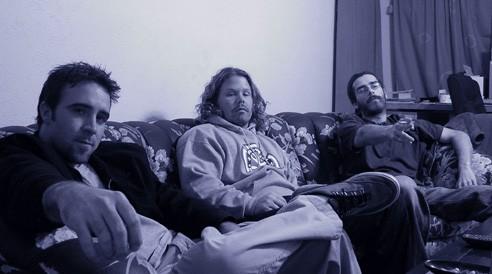 Is the Observer’s list Dallas-heavy? Of course. The Observer doesn’t circulate much in Fort Worth. But am I going to be my normal curmudgeonly self and blow the Dallas-bias thing out of proportion because I’m an 817 homer? Absolutely. Of the top 40 songs, only five –– just five! –– are from 817 artists: Mount Righteous’ “Eat Your Wife and Kiss the Barbecue” (No. 44), Bone’s “Homegurl” (No. 36), The Rocket Summer’s “Walls” (No. 28), The Burning Hotels’ “Austin’s Birthday” (No. 24), and Analog Rebellion’s “You’ve Been Had (Machine)” (No. 11). Now, before I go on decrying the lack of 817 representation, I will admit that there are still 10 spots left, well, nine actually, because you know that Denton’s Sarah Jaffe is going to be in the top 10 somewhere. (I don’t get all the hubbub over her. I mean, she’s proficient enough, but for all the laudatory press she’s received, you’d think she was the second coming of Ryan Adams. She isn’t.) Who knows: Maybe a few more 817 songs will pop up. But don’t hold your breath. And allow me to help. For the Observer’s remaining nine spots, I’d like to recommend the following (in no particular order): EPIC RUINS’ “Child and Cobra,” Bravo Zulu’s “California,” The Foxymorons’ “Out of Control,” Waking Alice’s “Shaping,” The Burning Hotels’ “Boy or a Girl,” Six 2’s “Monsta,” Oh Whitney’s “Circus in the Sun,” The Spiral Sound’s “End,” and The Cush’s “Tinseltown.” (And I would have recommended a track from Calhoun’s Heavy Sugar, but the album won’t be out until early next year.) Oh, and I almost forgot. In that spot reserved for Jaffe, let’s put Skeleton Coast’s “Meadowalk.”

Loud pop-rockers Sally Majestic have a new look and, on the way, a new album. In addition to the core trio of frontman/guitarist Scott Vernon, drummer Tim Cowdin, and bassist PJ Fry, the band now includes guitarist John Stevens (of the defunct Confusatron) and keyboardist Christopher Laskoski. Based on the new material, the band’s sound isn’t as ska/surfy as before and has become a little grittier, which is a good thing. The musicianship is still as tight as ever, though. (“Brand New Hat” is an awesome song and, with its snappy drums, calypso-ish guitarwork, and wild vocals, harkens back to early Police. It’d be in my list of the best 817 songs of the year –– if I’d had the foresight to put a damn list together. Sigh.) Catch Sally on New Year’s Eve (Fri., Dec. 31) with two hard-rocking Fort Worth stalwarts –– Merkin and Addnerim –– at Ridglea Theater (6025 Camp Bowie Blvd., 817-738-9500). (So I guess Addnerim hasn’t broken up, though frontman/guitarist Tyrel Choat has started a new band, Cosmic Trigger.)