The group that made its name fighting against the toxic muck spewed from Midlothian cements kilns is now climbing into the ring with natural gas drillers. In this corner: Downwinders At Risk, a nonprofit environmental group that’s been around since the early 1990s making life hell for cement kiln operators who place profits above public safety. In the other corner, gas drillers who bring jobs and money to the city but also exploit lax laws, scant regulation, and two-faced politicians. 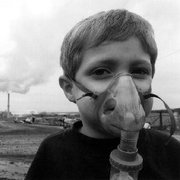 Downwinders At Risk want emissions from gas drilling sites reduced, so they’ve kicked off a “Fair Share” campaign. For the next few weeks, the group will encourage the Texas Commission on Environmental Quality to include cuts in gas pollution in its next North Texas ozone plan.

“Although we don’t have much time, we think we can demonstrate how much residents and local officials in North Texas want these cuts in gas drilling pollution included by creating a momentous campaign of Fair Share resolutions passed by city councils, school boards, and county governments over the next 30 days,” Downwinders director Jim Schermbeck said. The industry’s emissions aren’t covered under previous ozone reductions plans.

“All the other major sources of this kind of pollution have been forced to make some kind of cuts over the last 20 years — except the gas industry,” Schermbeck said. “Now it’s their turn to reduce their fair share of it.”

End Around on TTC

In what was supposed to be an overhaul of the Texas Department of Transportation via the sunset process, the Lege has managed to leave the unwieldy structure of the agency essentially the same. What’s more, legislators almost fell over each other to tack amendments onto the TxDOT sunset bill to not only revive the Trans-Texas Corridor but also to give the monster-that-wouldn’t die even more free rein.

Though no one dares utter the letters TTC anymore, Gov. Rick Perry’s supporters have outdone themselves, cutting the gi-normous (and enormously unpopular) super-freeway plan into shorter lengths of roadway under various names. Taxpayers will still fund them, turn them over to foreign companies, and then pay as much as 75 cents per mile for the next 50 years for the privilege of driving on them. Among the projects to be built by you and Static and then turned over to a Spanish corporation: the Northeast Tarrant Express in Tarrant and Dallas counties.

Not depressed enough yet? More information is available at www.texasTURF.org