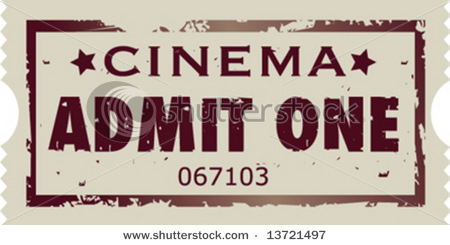 We moan about how the ticket prices at our movie theaters are constantly going up, but let’s face it: They’re still a bargain compared to tickets for most stage plays, rock concerts, sports events, or any other entertainment option that involves leaving your house. They’re democratic, too: You pay the same price no matter what kind of movie you watch in the theater. There’s no extra charge for a movie with tons of big-name stars or loads of special effects (unless they’re in 3D). That’s why films have retained their central place in the culture when so many other means of entertainment have evolved to supposedly leave cinema behind.

And yet: Attendance at movies continues to decline, a problem masked somewhat by box-office numbers that are artificially high due to inflation and 3D surcharges. Some of this may be down to the quality of movies at any given moment or the shrinking “window” between a film’s theatrical release and its availability on DVD. Even so, a lot of people seem to think they can price movie tickets more fairly. Indeed, the democratic pricing model cuts the other way: You don’t pay less to see a low-budget indie film with no stars. It’s relatively easy to discover a great book, a great TV show, or a great band by accident. Movies make that harder.

Attempting to remodel how much we pay for movies (and make a few bucks in the process) is MoviePass, a service that made a splash in June when they touted their service: Unlimited movies for $50 a month. As many observers noted at the time, it’s like Netflix for theaters. Unfortunately, MoviePass hadn’t cleared things with the major movie theater chains, who balked at the idea of somebody else setting their ticket prices. A beta-test run got spiked.

Now they’re back. The exhibitors still haven’t approved yet, but MoviePass has partnered with Hollywood Movie Money to allow you to print out vouchers at home and use them at your local theater, which will then be reimbursed by the company. (Side benefit to printing out vouchers: No waiting in line to buy tickets.) Indiewire gives more details about what MoviePass plans to offer here.

A few skeptics have noted that even though MoviePass is supposed to encourage you to go to the theater, its business model depends on generating profit from large numbers of people underusing the service. If you see five movies a month, you’ll likely put the company in the red. MoviePass’ idea may not be as crazy as it sounds: Many people might plan to see five movies a month and fall short, and even if moviegoers get more than their $50 worth during the summer months or Oscar season, the company might very well make their money back and more in the doldrums of January or late August.

Since I’m not an economic genius, I put the question to you, readers: What do we think? Is there a better way to price movie tickets? Can it be done in a way that’s friendly to moviegoers while also increasing revenue for the theaters and studios? Is MoviePass a good idea? Would you use it? Will the company make money?

Factors to consider about the traditional pricing model: Most theaters offer discounted rates for children, seniors, and showings during daylight hours or the middle of the week. Also, some theater chains give rewards to frequent moviegoers, notably AMC Theatres, which recently revamped their rewards program. What effect do these have?

I seem to recall seeing a news report a few decades ago about some Japanese movie theaters trying out an honor system in which the moviegoers would see the movie first, then pay the price that they thought the movie was worth. I can’t find evidence to back this up online, though, and it doesn’t appear that this model has spread in Japan. Would something like that be practical on a large scale? How else might an alternate model of movie ticket pricing look like?

The Best Lead Performances of 2019 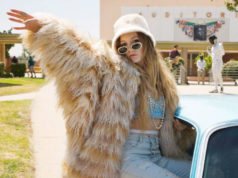 The Best Supporting Performances of 2019