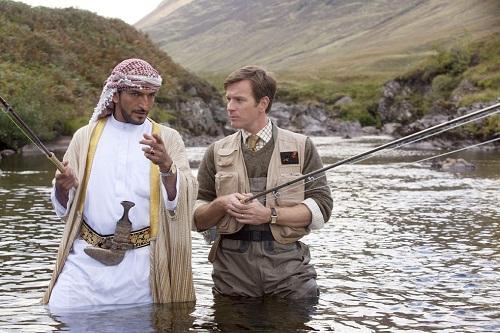 Why is this movie called Salmon Fishing in the Yemen? Like the satirical Paul Torday novel that it’s based on, the film constantly refers to the Republic of Yemen as “the Yemen,” whereas in real life, most authorities simply call the country “Yemen.” This doesn’t appear to be a Britishism, either. It’s just an odd little quirk in a comedy that eventually wears out its welcome.

The film begins with Dr. Alfred Jones (Ewan McGregor), a tweedy, buttoned-up Scotsman who works as a fisheries scientist for the British government, receiving an e-mail from Harriet Chetwode-Talbot (Emily Blunt), an investment broker who represents the British interests of Sheikh Mohammed ibn Zaidi bani Tihama (Amr Waked). A Yemeni potentate who loves all things British, the sheikh wants to establish a salmon population in the wadis of his homeland so he can introduce his compatriots to the sport of fly fishing. Alfred thinks this is insane, Yemen being a hot desert country. However, he’s pressured by a British government desperate for good-news stories from the Middle East and swayed by the sheikh’s vision of the sport helping to overcome his nation’s often-lethal tribal feuds, much as it smooths over class differences in Britain. The more Alfred studies the plan, the more he starts to believe that it might actually work.

The movie gets off to a terrific start, fueled by the spectacle of serious technocrats devoting hard work and hard cash to such a daffy project. Savory comic business is everywhere to be found, from Alfred’s astonishment at Harriet delivering on his series of outlandish early demands to the way the project allows Alfred to pull rank on his boss (Conleth Hill), a petty middle manager who likes to throw his weight around. Kristin Scott Thomas adds further zip as the British prime minister’s press secretary, a cynic who enthusiastically signs on to even the most ridiculous photo ops that might win votes for her boss. Even better is Blunt, who’s at her most appealing here: crisp, regal, gifted with a fine sense of the absurd. Director Lasse Hallström manages these elements deftly and whips the proceedings into agreeably frothy comedy. 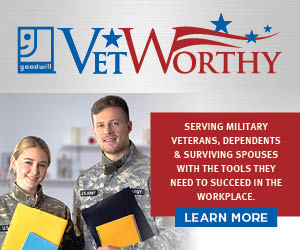 Yet about halfway through, the fizz goes out of this movie. The comedy gives way to soggy romance between Alfred, whose boring marriage is falling apart, and Harriet, who’s distressed after her soldier boyfriend (Tom Mison) is reported missing in Afghanistan. The movie picks up stakes and moves its setting from a series of London offices to the Arab desert (the scenes were actually filmed in Morocco), and while the change of scenery should be liberating, all it does is extinguish the workplace humor. The movie’s ending, which is radically different from the novel’s, is botched particularly badly. Having started out as a nice small-scale comedy, Salmon Fishing in the Yemen turns into a starry-eyed bore.

Salmon Fishing in the Yemen