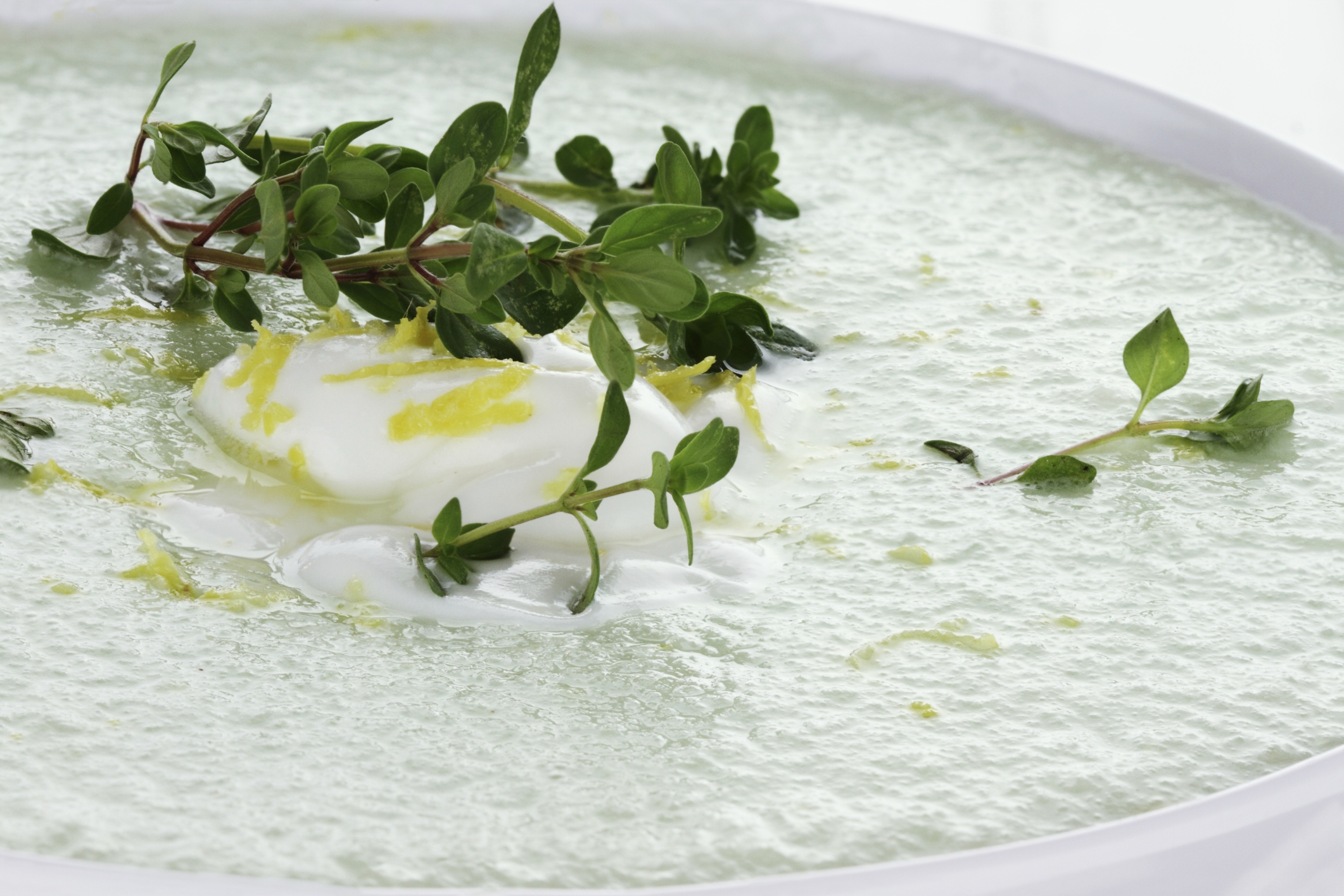 I ate the soup. All of it. Sorry, fellow Weekleteers, if you want to taste one of Walter Kaufmann’s creations, you’re just going to have to donate to charity.

The soup in question was cold cucumber, one of my favorites and a signature dish of Kaufmann’s, from the years when his menus at the Old Swiss House were shaping the palates of generations of Fort Worth diners. What better source, I thought, for Chow II’s first stab at a recipe column. Simple, delish, and relatively easy to make. Just like Walter — classic and sweet. He made me a big pot of it, and I was supposed to bring it back to the office — too bad. I thought he knew me better.

The Old Swiss House wasn’t just a name thought up by some P.R. hack. What became one of Fort Worth’s seminal fancy eateries was the namesake of a restaurant in Kaufmann’s native Lucerne, Switzerland. For the socially elite, The Old Swiss House was the see-and-be-seen spot in Fort Worth and the pre-eminent place for us plebes to celebrate special occasions. Chow, Baby’s first taste of the good life was in that dining room, dressed in my Sunday bests, with Chow, Momma coaching me on which fork to use.

Years later, I had the pleasure of working with Kaufmann at Bistro Louise, where he ran the dining room and occasionally donned his chef coat. He had an effortless charm and commanding presence and was as quick with a funny anecdote as he was with a scornful glare when you messed something up. Having been on the receiving end of more than a few of those glares, I can tell you it wasn’t fun. Luckily for me, he was also quick to forgive.

Twice, Kaufmann took over the Bistro Louise kitchen for Old Swiss House night, in which he prepared classic dishes from his menu. Both times, the dining room was booked solid for weeks in advance. His customers were as loyal and enthusiastic then as they were when he opened his restaurant in 1964.

You’d think that somebody who’d spent as many years as Kaufmann did on his feet in a hot kitchen would be content to kick off his shoes and sip a cold one after he retired. Not so much. He now works as a consultant for Freshpoint, a food distributor, and sits on several boards and committees, including the Fort Worth Chef’s Association. He spends what little spare time he has raising money for the Tarrant Area Food bank, through Walter Kaufmann’s Chefs Holiday Pantry — a gourmet bake sale, which is the only place my colleagues or anybody else outside his family can get Kaufmann-made grub these days. He also created the Culinary Library of Texas, a nonprofit outfit that aims to preserve culinary traditions, and acts as a resource for every facet of the restaurant business, from chefs to farmers.

1 cup each of milk and heavy cream

Peel, seed, and cut cucumbers into chunks. Sauté onions until transparent. Add cucumbers and chicken stock. Bring to a boil, then reduce heat and simmer until cucumbers are soft. Blend flour and milk together until smooth. Whisk into soup and let it simmer for 10 minutes, stirring constantly. Strain soup through a sieve or food mill. Add lemon juice, cream, and seasoning. Chill before serving. Garnish with diced fresh chives.

Enjoy a bowl of Fort Worth history.