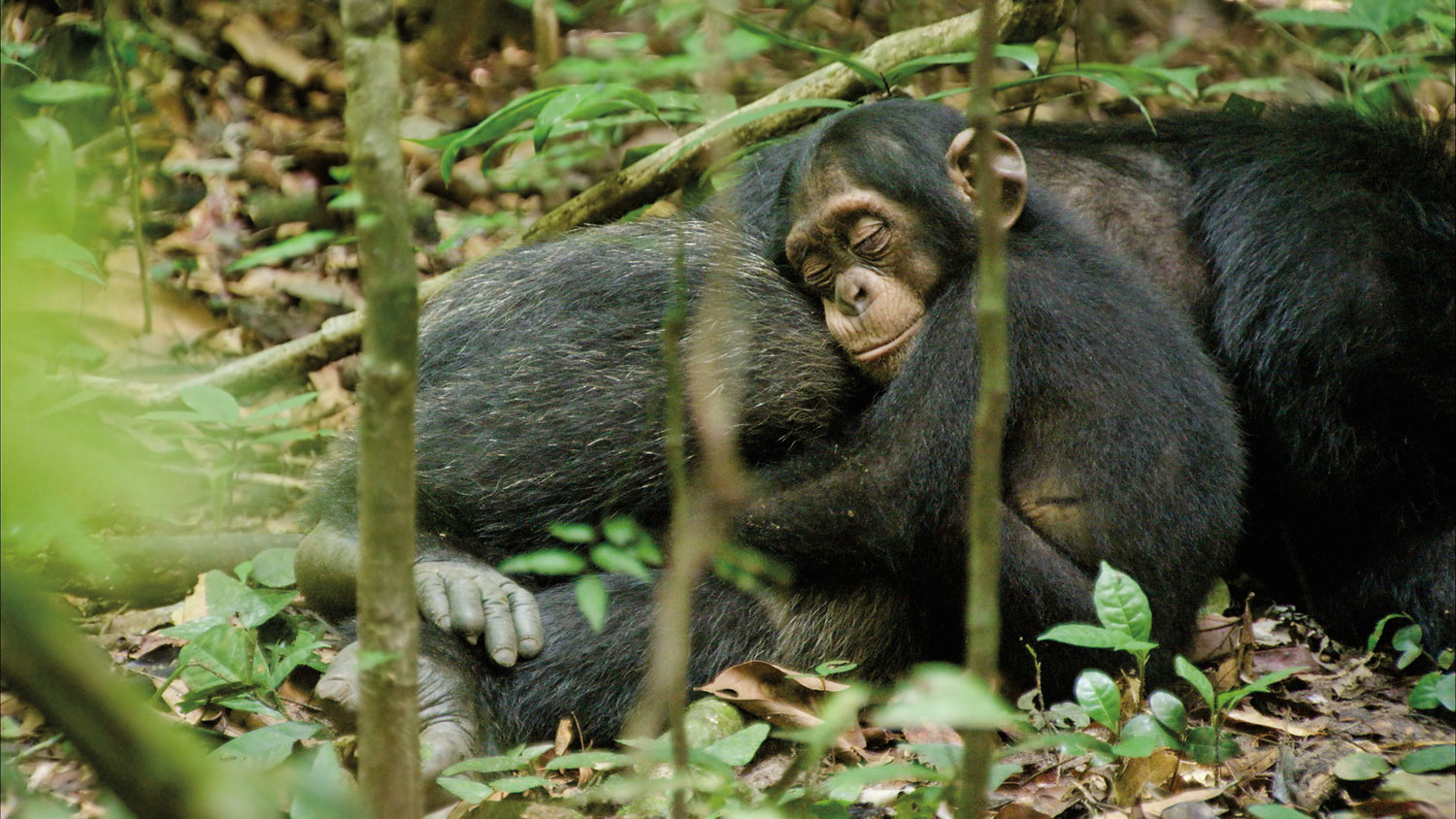 When two British vets of nature documentaries, one of whom was the executive producer on the landmark films The Blue Planet and Planet Earth, collaborate on a project, nature lovers are prone to salivate in anticipation like hyenas waiting for lions to finish dinner. With Chimpanzee, writers/directors Alistair Fothergill and Mark Linfield try to humanize our closest evolutionary cousins by offering a kid-friendly story. Unfortunately, the result is far less compelling than if they’d just treated their subjects like actual chimps.

Chimpanzee follows a troop of chimps in West Africa (primarily in the Tai Forest National Park in Ivory Coast), centered on its cutest member, a baby named Oscar, plus mom Eisha and alpha male Freddy as they and the rest of the group caper through the rainforest looking for food, taking naps, and hooting at one another. During a skirmish with a rival troop over a grove of nut trees, Eisha disappears, never to be seen again, and Oscar is left to fend for himself in a social group that becomes suddenly cliquish and cold.

You’d think that the cute little guy would immediately grab your heart and cling to it like it was full of bananas, but Oscar is actually kind of annoying. Mostly, he’s annoying because he is terrible at just about every task, whether it’s getting honey out of a tree, cracking open nuts, or even building a nest. His mother has to help him do everything, and when she dies he’s pretty much helpless. Because Oscar has so many more physical skills than human babies, it’s hard to sympathize with his plight. The story never specifies, but you’re kind of given the idea that the other youngsters are a lot further along in their development, essentially making Oscar the proverbial asthmatic, bespectacled kid who can’t catch a fly ball. Freddy eventually adopts and cares for Oscar in an unprecedented and never-before-filmed display of chimpanzee altruism, and for a few moments, the Disney magic manages to tug the heartstrings. However, the narrative thrust provided by the enemy chimps (led by a villainous alpha male unimaginatively named Scar) never really catches on.

The conflict between the two troops makes for sloppy moralizing. Scar and his thugs are bad because they’re invading the borders of Freddy’s land to dominate a food supply, but Freddy’s team (and the film calls them this repeatedly) gets no chastisement from the filmmakers for crossing over into Scar’s territory for the same reason. Had Fothergill and Linfield edited their footage without shoehorning so many human qualities into their characters, this notion of invasive resource competition would drive home the point that chimpanzees are even more human than we realize without having to rely on cutesy antics.

Despite the G-rated story (and Disney-sanitized chimp-on-chimp violence), Chimpanzee is as beautiful a film as you could hope for, and Tim Allen’s occasional ad-libbing makes the movie wry, though given that he’s talking about creatures who use tools, he can’t get through it without digging into his Home Improvement-era schtick. Still, kids will love this movie, and the filmmakers give the audience a welcome reprieve from heavy-handed environmental proselytizing.